Citroen all set to launch C5 Aircross: A look at company's India plans 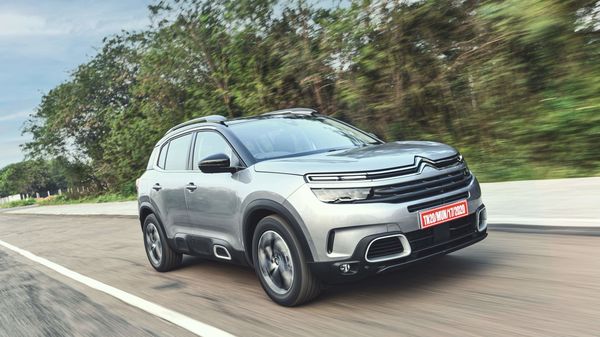 India is one of the biggest and most lucrative auto markets in the world that is expected to be among the top three global car markets by 2025. Seeing the growth potential here, Citroen, the iconic French car brand with over 100 years of legacy is all set to officially launch its flagship product - C5 Aircross SUV.

Previously, Citroen models used to be sold in India through an importer called French Motor Car Company (FMC). The FMC was set up in Kolkata in 1905 by a French Armenian diamond merchant called Michel Sevadjian. It subsequently began selling Citroen cars in India for a brief period.

(Also Read: We are focusing on comfort that nobody is talking about: Citroen)

Citroen for now is putting comfort as paramount and is underlining just how much it means to drivers and passengers here and elsewhere. It is an interesting move because most car makers don't tend to highlight the comfort factor as much as the feature list, the looks and the drive performance of their respective offerings.

Owned by erstwhile Groupe PSA and currently the Stellantis, Citroen is the most profitable carmaker in Europe after recovering from near bankruptcy. In India, the automaker aims to become a mass-market player with premium products. Considering the fact that it is forecast that the Indian car market is will reach six million by 2023, Citroen is seeking to be a major player in the market.

Why did global auto brands fail in India?

It is strange that global auto giants that dominate the international markets couldn’t penetrate the Indian market. In many cases, these automakers introduced the wrong products at the wrong or higher pricing. The reason behind this was the overconfidence that Indian consumers would pay a premium to own European or Japanese cars despite lack of features, not so powerful engines, and often for odd designs.

These carmakers mostly pushed the international models with little tweaks. However, such a strategy hasn't always work. Instead, a majority of Indian consumers, while now prioritizing premium features and looks, still hold value for money as a key factor.

Citroen’s chance of success in India

Citroen is focusing on localisation in a bid to keep the pricing in check despite offering an international-level product. With around 90% localisation on the powertrain from the start and 98% on the overall vehicle, Citroen has a chance to make a lasting impact in the highly competitive Indian market that is highly price-sensitive as well.

The French car brand may obviously not be able to match the pricing of Maruti Suzuki, Hyundai or Honda, because of low supplier volume. However, as compared to other global automakers that bring imported powertrains at higher costs, Citroen may yet be able to offer more affordable products.

With such a strategy, the French car brand can become successful in the Indian market. However, only time will tell the tale.