A number of manufacturers, including Ford Motor Co and BMW AG, are researching or investing in solid-state battery technology.
By : Reuters
| Updated on: 19 Aug 2021, 12:08 PM 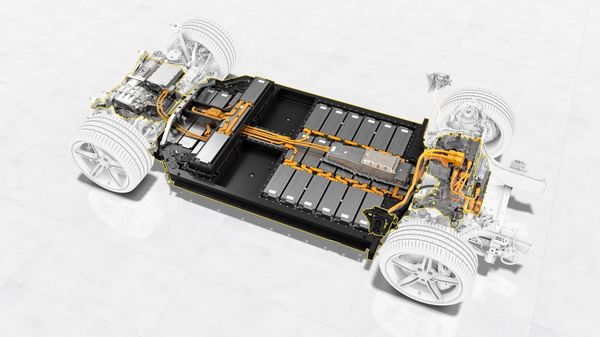 The consortium will build a facility to develop prototypes and technologies for the mass production of solid-state batteries.

A group of seven British organisations including battery materials firm Johnson Matthey, start-up Britishvolt and Oxford University said on Thursday they had formed a consortium to develop solid-state batteries for electric vehicles.

The consortium will build a facility to develop prototypes and technologies for the mass production of solid-state batteries. It also includes the government-funded Faraday Institution, which aims to help UK businesses develop and manufacture EV batteries.

"Delivering enhanced range and safety...will be a key driver for battery electric vehicle adoption, supporting the transition to a net zero future," Christian Gunther, head of battery materials at Johnson Matthey, said in a statement.

Carmakers are racing to develop EVs amid tightening CO2 emission standards in Europe and China and currently use lithium-ion batteries which consist of a liquid or gel-form electrolyte.

A number of manufacturers, including Ford Motor Co and BMW AG, are researching or investing in solid-state battery technology, which should be able to store more energy - meaning greater driving range - and prove safer due to a lack of flammable components.

Britishvolt plans to build a battery factory in northern England that should go into operation in 2023. The plant will be built in three phases and in the last of these - due for completion by 2027 - the company aims to produce solid-state batteries.

Earlier this week Britishvolt and Glencore signed a long-term deal for the supply of cobalt.

The mining giant also bought an undisclosed stake in the Britishvolt.