BMW has joined the EV race in Japan as the country has started to adopt electric vehicles in a market still dominated by ICE cars.
By : HT Auto Desk
| Updated on: 18 Feb 2022, 11:17 AM 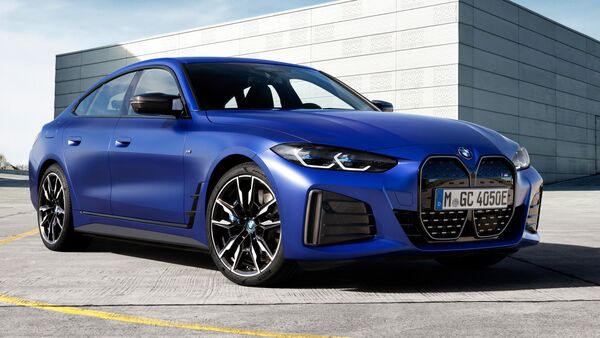 BMW has launched its i4 electric car in Japan with a range of 590 kms on single charge.

BMW's EV push in Japan comes as the country has recently seen a rise in sales of electric vehicles. Japan still lags behind bigger EV markets like the United States, China and Europe. It registered a growth of more than 60 percent in EV sales in 2021 with 8,610 units sold against 3,238 units in 2020.

BMW had introduced the i4 electric car about a year ago for the global markets. Besides the standard four-door coupe version, BMW also offers a sporty BMW M Performance version of the electric car. It is available in three power versions, which include the eDrive35, eDrive40 and the range-topping M50 version.

BMW’s i4 has a range of around 590 kms on a single charge, and if offered with fast-charging capabilities. The engine inside the electric sedan can churn out maximum power of up to 530 hp. It can also accelerate from zero to 100 kmph in about 4 seconds.

The BMW i4 is one of the first BMW models to have the latest iDrive 8 technology. A 14.9-inch touchscreen display and a 12.3-inch digital instrument cluster dominates the cabin of the new i4. BMW i4 owners can use a smartphone instead of a key to unlock and start the car. It also has connectivity and voice-recognition features.

BMW i4 sale in Japan will come ahead of other key EVs like Toyota bZ4X, Nissan Ariya and Hyundai Ioniq 5. As EV sales grow in Japan, Tesla too has announced it will open a new showroom.