The Viridian-painted Bentley Bentayga Hybrid also gets an illuminated Mulliner treadplate and an illuminated bottle-chilling ring.Its interior has been done in Cumbrian Green leather with contrast hand-stitching on doors and seats.
By : HT Auto Desk
| Updated on: 05 Apr 2021, 07:15 PM 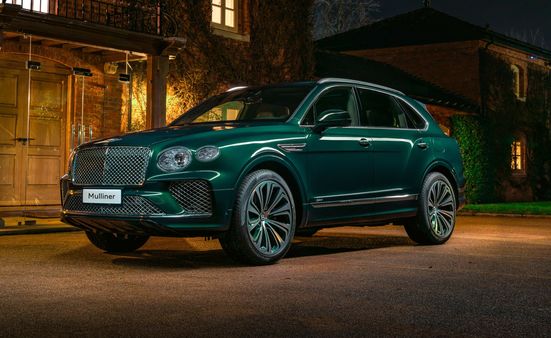 Bentley Mulliner has designed a one-off Bentayga Hybrid specifically commissioned for a customer in China. The handcrafted green-themed SUV represents the Chinese colour of purity, regeneration, hope, harmony and growth. It is due to be showcased at the upcoming Shanghai Motor Show in April.

The SUV's exterior has been finished in Viridian - a dark emerald hue from the Mulliner Extended paint range. The colour was first created for the Bentley EXP 10 Speed 6 concept. It gets bright-machined 22-inch Mulliner Driving Specification Wheels while the centre pockets of every spoke of each wheel has been painted in matching Viridian. The colour that stands for nature and its soothing effect also gives the vehicle a sporty dimension. 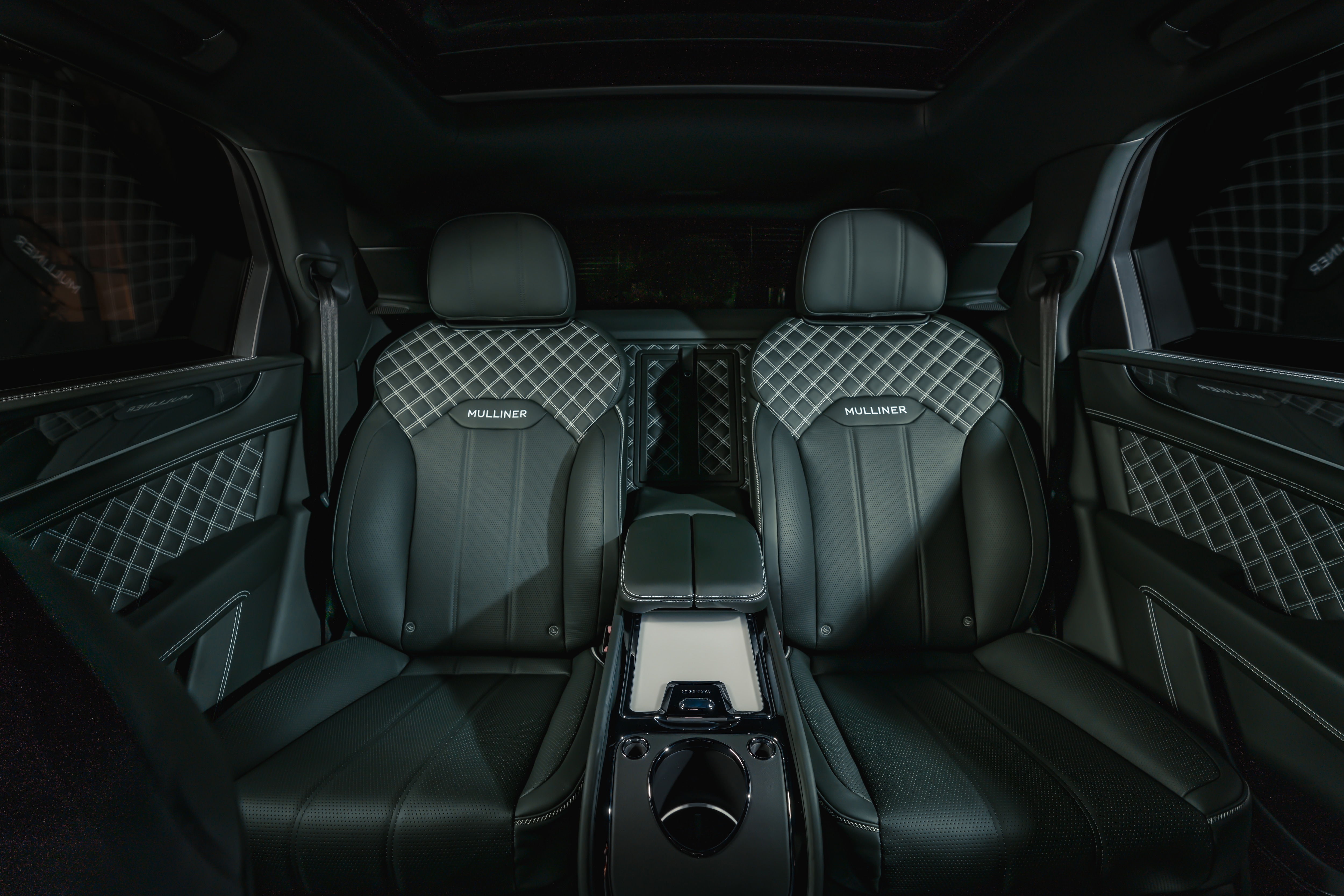 Seats of the one-off Bentayga

The Bentayga's interior has been done in Cumbrian Green leather to complement the exterior shade. The cabin hue aims to bring a splash of refreshment and contemporary feel of the countryside. The cabin is further detailed with matching piano veneer and contrasting carpet binding. Complementing the soothing theme flowing through the cabin is a silver metal overlay over the passenger fascia of the vehicle. The resultant geometric diamond design is reminiscent of the EXP 100 GT concept car that embodies Bentley's sustainable future vision.

Apart from these, Bentley has added white accents throughout the car to accentuate the beautifully crafted lines of the Bentayga Hybrid. Bright white hand cross-stitching of over 100 metres has been used on the seats and doors of the SUV. This process takes 44 hours to complete for one craftsperson. The thread used for this has been designed to be durable as it uses special dyes to maintain its colour to last for the lifespan of the vehicle. 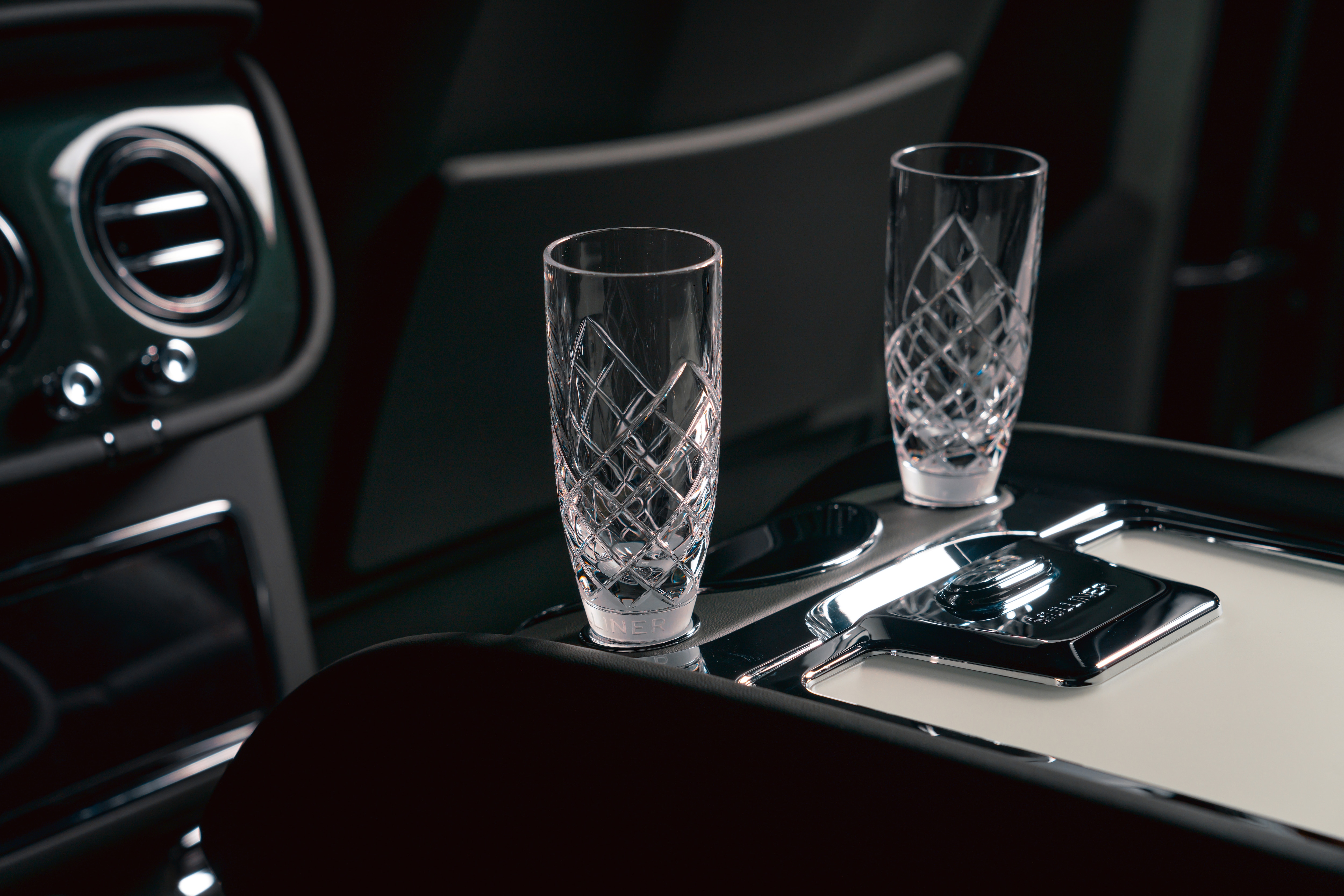 Interior of the one-off Bentayga

Other highlights of the vehicle include an illuminated Mulliner treadplate, a fully integrated drinks cooler at the rear, an illuminated bottle-chilling ring and two bespoke handcrafted Cumbria Crystal flutes.

The new Bentayga Hybrid has been equipped with an electric motor and a 3.0-litre V6 engine that produces a combined 43 bhp. The SUV can sprint from 0 – 60 mph in 5.2 seconds and attain a top speed of 158 mph.