Bentley Bentayga luxury SUV gets a facelift, betters what was already brilliant

With the latest onboard technology and an even more cosseting cabin, the new model is significantly revised both inside and out.
By : HT Auto Desk
| Updated on: 01 Jul 2020, 10:59 AM 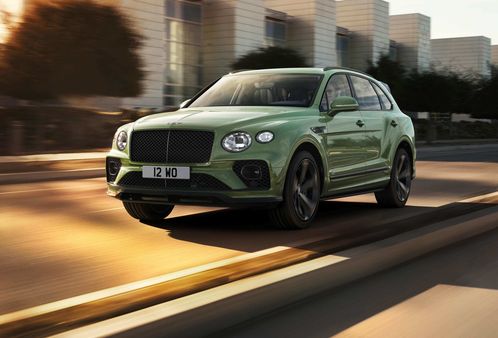 Bentley has raised the bar in the luxury SUV segment with the launch of the facelift Bentayga.

A new exterior design adopts the Bentley design DNA now prevalent across the entire model range, giving Bentley the freshest and most modern product family of any luxury car company. Key to the new Bentayga is its strikingly dynamic look, which draws inspiration from the marque’s new design language, introduced by the third-generation Continental GT and all-new Flying Spur. Together, the three cars form a new family that are more visually connected than ever before.

At the rear, the new Bentayga has undergone a major transformation, with a total redesign of the rear surfaces including a new full-width tailgate with new encapsulated lamps, while the licence plate has been moved down into the bumper for a cleaner appearance. Wide, split tailpipes leave no doubt that this is a powerful performance car. A 20 mm increase to the rear track width brings dynamic benefit and repositions the wheels in their arches to improve the car’s stance. The wheels themselves are a new design, unique to Bentayga.

JP Gregory, Head of Exterior Design at Bentley Motors, said, “We spent a long time examining how to improve the proportions and character of the car. New Bentayga is still instantly recognisable as a Bentley but now has a much greater road presence."

A striking new 22-inch wheel design is available in two finishes, expanding the number of available wheel designs to five – all of which are unique to Bentley.

The Bentayga’s interior has been significantly revised in the latest model. Among the major changes are a new centre fascia and steering wheel, new door trims and all-new seats – now available with ventilation in the rear of the five-seat cabin option. Passengers in the rear also enjoy significantly more space, with legroom increased by up to 100 mm depending on configuration.

A next generation infotainment system is integrated seamlessly into the handcrafted, Bentley ‘wing’ dashboard design and features a 10.9-inch display screen with edge-to-edge graphics. The all-new digital display includes super high-resolution and dynamic graphics which are configurable to suit driver preferences. 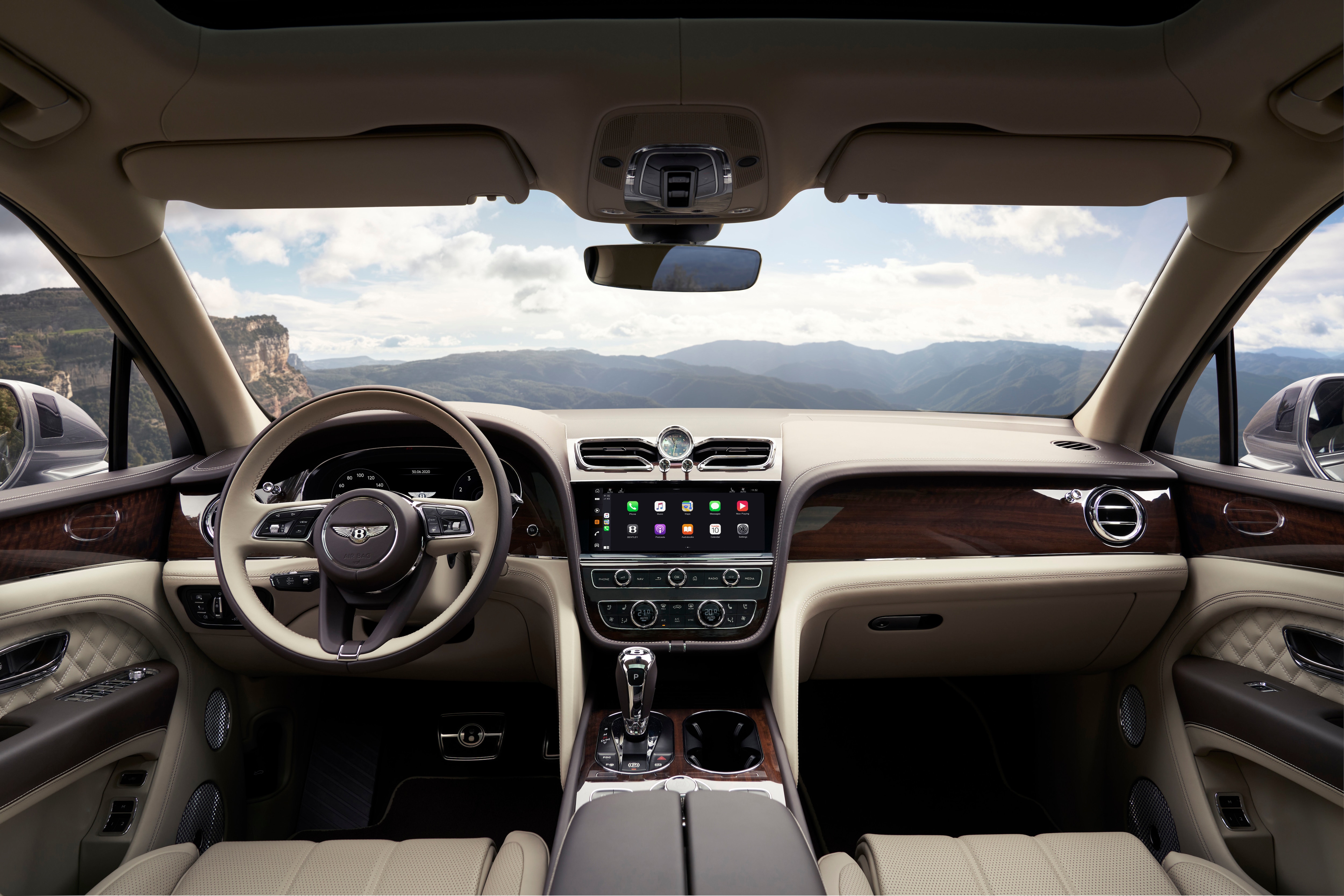 A new infotainment system with a 10.9-inch display screen sits on the the handcrafted Bentley dashboard design.

The latest hardware and software bring all-new navigation with satellite maps, online search and other features. Wireless Apple CarPlay is standard for the first time, alongside the existing wired system, along with Android Auto (market dependant). Rear seat occupants benefit from the introduction of a new, larger touchscreen remote control tablet, similar to that introduced in the all-new Flying Spur.

Darren Day, Head of Interior Design at Bentley Motors, said, “Alongside from the more obvious changes to the centre console, seats and door trims, it’s the little features customers may not notice at first that add up to make the difference in new Bentayga. It might be the new, horizontal grab handle in the door, or the unique seat stitching – each one emphasising how the design team has gone the extra mile. New Bentayga will be a voyage of discovery for our customers."

Connectivity around the car has been significantly improved, with USB-C data ports and a wireless phone charger now standard. New Bentayga is now provided with an embedded SIM, as with the latest Continental GT models, meaning My Bentley connected car features no longer require customers to provide their own data connection. My Bentley in-car and remote services is a continually developing range of services available to customers through a dedicated app, available both on Apple iOS and Android mobile platforms.

Adrian Hallmark, Chairman and Chief Executive of Bentley Motors, said, “With the new Bentayga, we’re repositioning the pinnacle of the luxury SUV segment to be even higher, even further away from the competition. We’ve listened to our customers and made improvements to the areas most important to them, and the new Bentayga is a thoroughly modern and beautiful extension of the original car’s abilities and achievements."

The new model will initially be launched in Bentayga V8 guise offering supercar performance balanced with everyday usability, with the plug-in Hybrid and W12-powered Speed versions to follow this year. The V8’s 4.0-litre, twin-turbocharged petrol engine develops an impressive 542 bhp and 770 Nm of torque. The new Bentayga SUV will have a top speed of 290 kmph and will be able to do 0-100 kmph in about 4.5 seconds.

Later, new Bentayga will be offered as an efficient Hybrid, the luxury sector’s first true plug-in hybrid. Benefiting from its introduction in the previous generation model, the Hybrid will be Bentley’s most efficient model ever and is the company’s first step towards electrification.