In the recent past, autonomous driving technology has drawn much attention from legislators.
By : HT Auto Desk
| Updated on: 03 Feb 2022, 11:28 AM 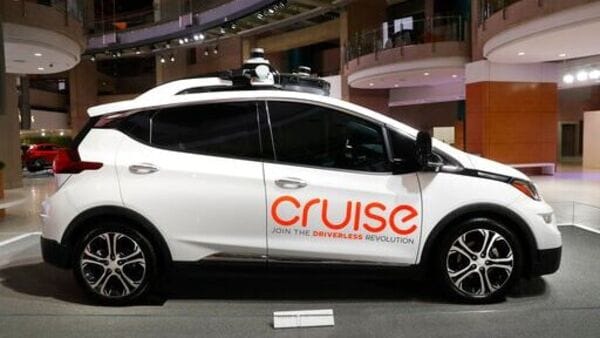 US lawmakers have already raised concerns about self-driving vehicles but they also said that this technology could help in preventing tens of thousands of road deaths.

There should be stricter regulations for autonomous vehicles, claims the US labour unions and a consumer safety organisation. They have urged the Joe Biden administration to add more safeguards to ensure that autonomous vehicles are safe before being deployed in wide numbers on the US roads.

(Also Read: GM-backed Cruise opens up first driverless rides to public in this US city)

The demand comes at a time when several automakers in the US and around the world are working vehemently on self-driving technologies that include a wide range of ADAS aiding in semi-autonomous driving. These technologies are claimed to offer better safety on roads. However, there are concerns about the user data and reliability of the safety these automotive technologies offer.

Reuters reports that the US lawmakers have already raised concerns about self-driving vehicles but they also said that this technology could help in preventing tens of thousands of road deaths, which remains a major concern. The US is one of the countries with an alarmingly high number of deaths caused by road accidents. Incidentally, traffic deaths in the first nine months of 2021 were the highest since 2006.

"We need to know what's happening on our roads, and the way to accomplish safety is through regulation," said Cathy Chase, president of Advocates for Highway and Auto Safety, in arguing for minimum performance standards.

Ariel Wolf, general counsel for industry group the Autonomous Vehicle Industry Association (AVIA), told lawmakers that autonomous vehicles are not only safe but they are making our roads safer. There is a crisis on our roadways." The AVIA represents Ford Motor Co, Alphabet Inc's Waymo, General Motors Co's self-driving Cruise unit and others.

In the recent past, autonomous driving technology has drawn much attention from legislators. Tesla especially has drawn flak from several quarters due to the automaker's famous semi-autonomous technology Autopilot was involved in several crashes. The pressure was so high, that Tesla earlier this week has agreed to disable a feature from its Full Self-Driving technology that allows vehicles to drive through a stop sign without coming to a complete stop, at low speeds. Tesla's Autopilot technology is under the scanner of NHTSA as this system allegedly was involved in several crashes, which even caused deaths.