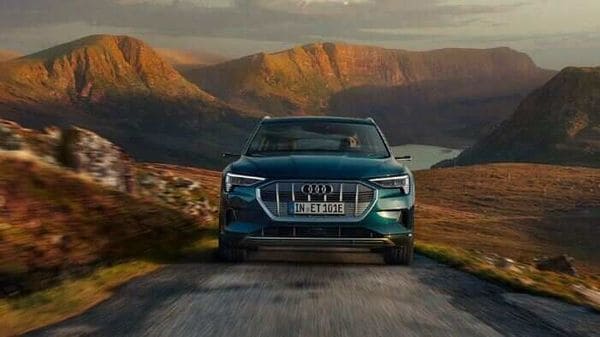 Audi e-tron SUV is the biggest bet from the car maker in the luxury car space.

German luxury carmaker Audi will launch its fully electric SUV e-tron and crossover e-tron Sportback in India in the next two to three months to kick off its EV journey in the country, according to a senior company official.

The company, which had earlier planned to launch the e-tron towards the end of the last year, had to alter the plan in the wake of the coronavirus pandemic and is now planning to launch the two EVs under the e-tron range simultaneously as it bets big on electric mobility in India.

Globally, Audi had announced a five-year plan under which it would launch 30 electrified vehicles, which includes 20 pure EVs and 10 plug-in hybrid vehicles by 2025.

Dhillon said the company's global plans and "our confidence level in India, gives us the strength to launch multiple models in India".

Out of the 30 global electrified vehicles, he said, "Some of these models will make their way to India, not just the two models (e-Torn and e-Tron Sportback). In the times to come you will see more models to come into the country".

Bullish on the EV market in India, Dhillon said the government's roadmap is also clear by keeping GST low on EVs and waiving off registration fees.

"It is like directions given that going forward we need to move in that direction. As a part of this, as a brand, we are very bullish on this topic and launch these two cars very shortly," he added.

On Audi's move to launch the two EV models together, he said it is aimed at giving customers a wider choice and for e-tron and e-tron Sportback and the company will provide one charging point to the customer along with the car.

Audi India will initially import "a decent quantity of vehicles" when launching the two models, Dhillon said, adding consumers can also place customised orders which would be delivered in about four months from the time of ordering.

When asked about the possibility of a local assembly of the EVs, he said, "We need certain volumes for it to be locally assembled. For the time being, it is going to be an imported car but going forward if the volumes do go up to a certain level, everything is open".

On Audi's roadmap for EVs in India, Dhillon said, "I am quite bullish that we will be able to bring in more models in the time to come. We want to make a lot of choices available to our customers...".

He, however, said how many EV models out of the 30 electrified cars that Audi plans globally till 2025 would depend on "the business case that we are able to build for each of the models".