The long silhouette promises a futuristic design with a very aggressive look. The images shared of the concept model showcases a low-floor with a pretty long bonnet, inspired by the historic Horsch 853A.
By : HT Auto Desk
| Updated on: 30 Jul 2021, 10:25 AM 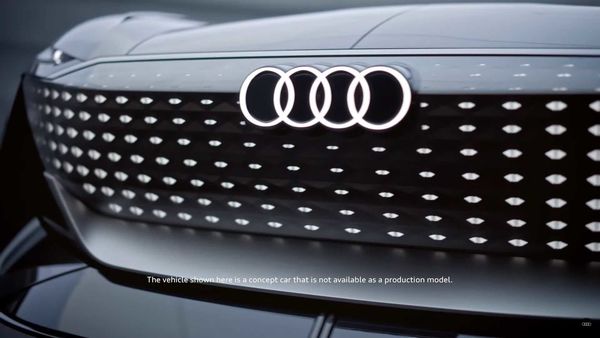 German auto giant Audi has announced that it will unveil its latest luxury vehicle Skysphere Concept on August 10 at their design studio in Malibu, California. Audi calls it the sports transforming vehicle, which can play the role of a real sports car, but can be turned into an autonomous vehicle in just a few seconds.

The Skysphere Concept will be based on the new generation electric model platform called Project Artemis and will embody Audi's vision for its next generation electric cars. The long silhouette promises a highly impressive and futuristic design with a very aggressive look. The images shared of the concept model showcases a low-floor with a pretty long bonnet, inspired by the historic Horsch 853A. Like the classic model, the Skysphere Concept is expected to have an open roof. The headlamps and taillights of the concept car will be based on the latest LED technology but will have a pattern not seen earlier in any Audi cars.

Marc Lichte, Audi’s chief designer, said, "This prototype, on the one hand, is a real sports car, and on the other hand, it can be transformed in just a few seconds into a stand-alone limousine."

Skysphere Concept is part of a set of three concept cars that Audi announced earlier this month. The other two are Grand Sphere and Urban Sphere. Although the details of the third model are limited, it has been announced that it will take its place in the range of the luxury A8.

For the Skysphere Concept vehicle, Audi is likely to use its most powerful drivetrain available in RS e-tron GT, which is powered by two electric motor capable of churning out maximum output of 637 bhp and comes with an 85kWh battery pack.It is still unclear exactly how much range the carmaker expects from their upcoming electric vehicle platform Project Artemis. However, the latest futuristic Audi Aicon concept claims to return a range of between 700 and 800 kms on a single charge.