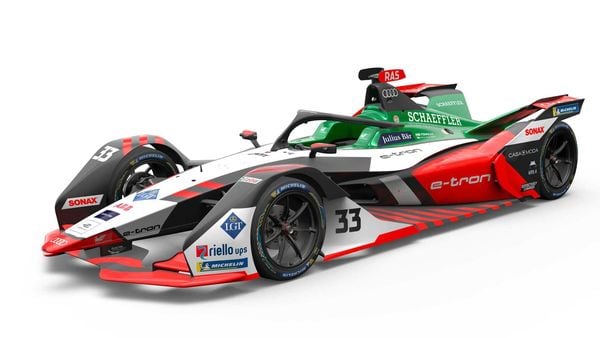 Audi's Sport unit has revealed its new electric racing car, the e-tron FE07, for the upcoming seventh season of the Formula E World Championship. The championship will begin from January 16 in Santiago, Chile. The electric racing car with a brand new design has made its debut on the race track during the test in Valencia, Spain.

The e-tron FE07 can sprint from zero to one hundred in just 2.8 seconds. It has more than 95 percent efficiency within the entire car and preparation for any contingency in every detail. The race car also features new Audi MGU05 motor-generator unit.

The race car's all-new electric powertrain has been developed in-house for the first time. "Motorsport has always been of decisive importance for Audi and its technology development," says Team Principal Allan McNish. 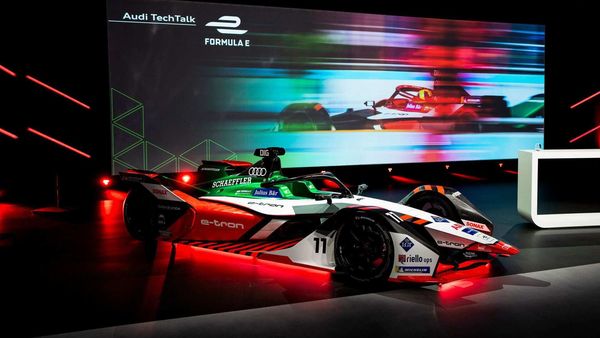 The Audi e-tron FE07 was presented during the Audi TechTalk

The new MGU05 motor-generator unit, developed from the scratch, is an electric one-speed drivetrain with an internal rotor concept, external magnets, a highly efficient cooling system and six electrical phases. It is also lighter compared to the previous unit and weighs less than 35 kilograms. It has an efficiency of even more than 97 percent in all relevant driving conditions. "If you compare our MGU with an internal combustion engine delivering a comparable power output of 250 kW, our efficiency is twice as high," says Tristan Summerscale, Formula E Project Leader at Audi Sport.

The Audi e-tron has been presented in a refreshed design. In addition to the elements in spectacular bright orange and the striking green from technology partner Schaeffler, the entire front end has been given a white primer coat.

Audi's two new partners on board for the championship are leading lubricant brand Castrol and fashion and lifestyle company Casamoda.