An EV for your office: Tesla turning attention towards fleet service. Here's why

Tesla is reportedly working to convince fleet operators to induct Model 3 cars.Electric cars may have a lower ownership and running cost as against others over a five-year period.
By : HT Auto Desk
| Written By : Shubhodeep Chakravarty
| Updated on: 04 Jul 2020, 10:49 AM 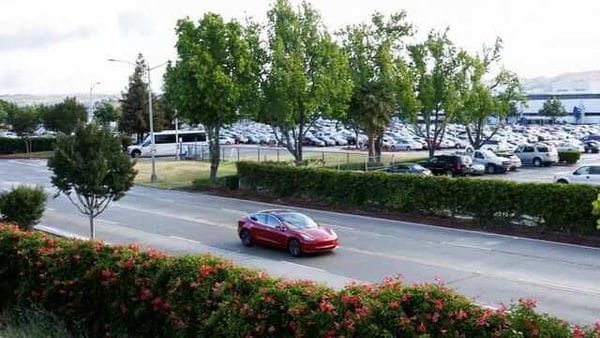 Tesla cars enjoy a massive following around the world - in countries where these electric vehicles are sold as well as where the company has no product presence. While often raved for being cheaper to commute in the long run and for its performance capabilities, these EVs are also the objects of envy more often than not and buyers also often tend to go for it for the eyeballs it tends to grab. While not an uncommon sight on many US and European roads, Tesla cars could become even more common as the company is reportedly looking at fleet vehicles to further expand business.

According to a report in Electrek, Model 3 is fast emerging as a favourite vehicle for transportation needs of employees in the corporate world. Concerns regarding range of EVs have been subsiding consistently due to advances made in battery as well as charging technologies which is helping the push towards fleet electric mobility.

(Opinion piece: Tesla's overexcited fans should cool down a little)

Tesla has been working to convince fleet operators to go all electric and there are signs that it may finally be working considering that the five-year cost of ownership for a Model 3 works out to be possible as much - if not less - than the cost for owning a vehicle running on conventional fuel systems.

While Tesla has a range of products in its garage, the Model 3 has truly helped the company reach the masses. It is the most affordable Tesla in the world and helped the company become a household name. As such, pushing Model 3 to fleet operations makes sense as the car could make it easier to convince fleet operators about the cost benefits. What it would do to the image of the car in the mind of prospective buyers, however, isn't known with certainty but considering the cult status of sorts that Tesla enjoys, analysts predict it would hardly impact sentiments of the individual buyer.

Tesla delivered 90,650 vehicles during the last quarter which was significantly higher than previous estimates. Its soaring share prices climbed a little more after this announcement. Clearly, the California-based company is riding a strong wave and entering fleet operations could add another sail to its wings.