The turf, which changed between sand dunes, gravel roads and off-road sections, also put the intelligent all-wheel drive of the BMW iNext to a particularly demanding test.
By : Sabyasachi Dasgupta
| Updated on: 28 Feb 2020, 11:48 AM

On the way to series production, the BMW iNext completes another chapter of its overall vehicle testing under particularly demanding conditions.

After intensive test runs in the freezing cold at the Arctic Circle, the fully electric flagship from BMW faced a contrasting conditions in the Kalahari deserts in South Africa, where in addition to extreme heat and sunlight, the permanent development of dust and the unpaved terrain of sand, gravel and scree slopes posed challenges.

The so-called hot country testing is part of an extensive and diverse development and test program as part of series development. For the development engineers, the test drives through the desert and savannah region in northwestern South Africa offer ideal opportunities to test and coordinate the drive and chassis components under extreme conditions.

The turf, which changed between sand dunes, gravel roads and off-road sections, also put the intelligent all-wheel drive of the BMW iNext to a particularly demanding test. 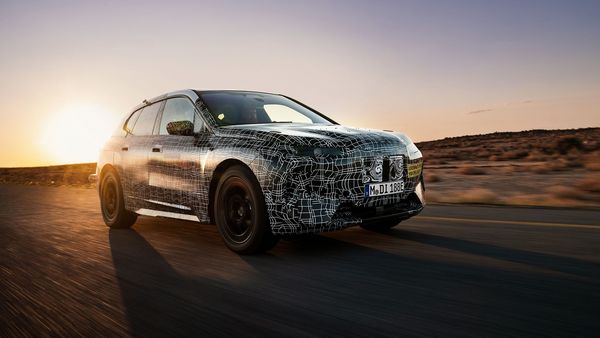 The integrated cooling concept for the high-voltage battery, the electric motor and the power electronics must prove itself at temperatures that cause every cell phone battery to discharge at lightning speed. The climate control of the interior, which uses heat pump technology, its controls and all other components of the on-board electronics are also exposed to the rigours of the desert climate in order to prove that they are ready for series production.

During extensive heat tests, the vehicle is repeatedly heated up by the sun for hours and then cooled down. The developers not only check the functionality of the electrical systems, but also the temperature resistance of the materials used in the interior.

The Kalahari desert also offers ideal conditions for testing the dust-tightness of flaps, doors and hoods. When driving over thousands of kilometres on unpaved roads, through dune landscapes and in the sandy scrubland, the BMW iNext is allowed to stir up a lot of dust, but does not let anything inside. 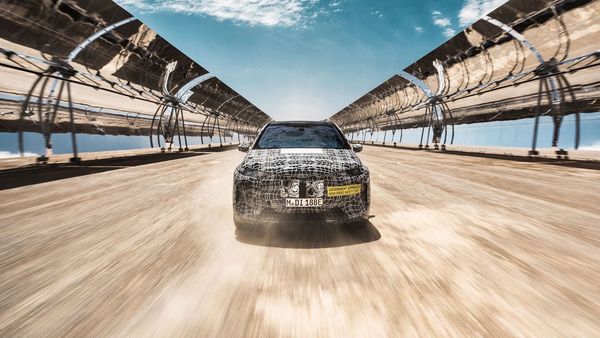 Production of the series version of the iNext begins in 2021 at the BMW plant in Dingolfing. With fifth-generation electrical technology, BMW claims the SAV should set new standards for sportiness, efficiency and range in a battery-electric automobile. Its chassis control and driver assistance systems pave the way to a further level of automated driving.