Home Auto Cars News After Bmw, Hyundai And Genesis To Be Compatible With Apple Car Keys

After BMW, Hyundai and Genesis to be compatible with Apple car keys 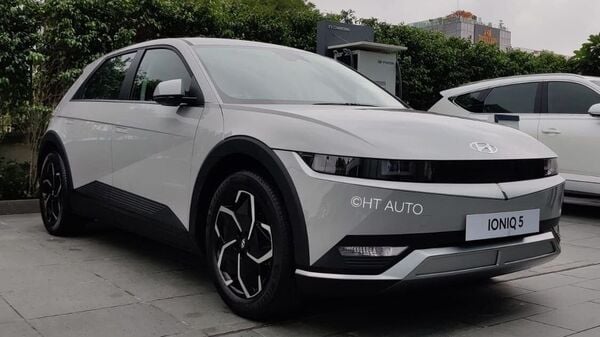 Hyundai Ioniq 5 EV is expected to be compatible with the Apple digital car key technology.

Apple introduced its digital car key that was compatible with BMW only but now this technology would be available for Hyundai and Genesis cars as well, reports Bloomberg. The report claims that Hyundai and its subsidiary premium car brand Genesis will support the Apple digital car key for their respective cars from later this year.

However, the South Korean automobile manufacturers have not revealed which models will get this feature. The report claims some of the trim levels of Hyundai Ioniq 5 and some other Hyundai cars will get NFC for a digital key.

The Apple digital car key allows the user to unlock his or her car using the iPhone or Apple Watch. This comes as a technology that is one notch above the remote car keys. Remote lock controls through smartphone is not exactly a completely new technology as it has been there for quite some time.

Apple claims that its digital car key can be used via the Apple Watch and ultra-wideband iPhones, such as the iPhone 11 and the newer models. This technology even allows the user to leave their phone in their pocket when opening and starting the vehicle.

Initially, the US tech giant introduced this technology in collaboration with BMW. However, now the company aims to expand its service coverage to other car brands as well.

Back in 2020, BMW had announced the Apple digital car key will be available for models such as 1, 2, 3, 4, 5, 6, 8, X5, X6, X7, X5M, X6M and Z4. Apple said that compatible devices would be iPhone XR, iPhone XS or newer and Apple Watch Series 5 or newer. This technology is claimed to be increasing the safety and convenience of the users of the compatible cars and the Apple device users.