Home Auto Cars News A Tale Of Two Cities: Honda City In India And Pakistan Divided By A Generation

A tale of two Cities: Honda City in India and Pakistan divided by a generation

India is all set to welcome the sixth-generation Honda City which has either been launched or will be coming shortly to different markets.Honda Atlas Cars in Pakistan reportedly have no plans to drive in the new generation City in the country till at least 2021.
By : HT Auto Desk
| Updated on: 10 Jul 2020, 11:35 AM 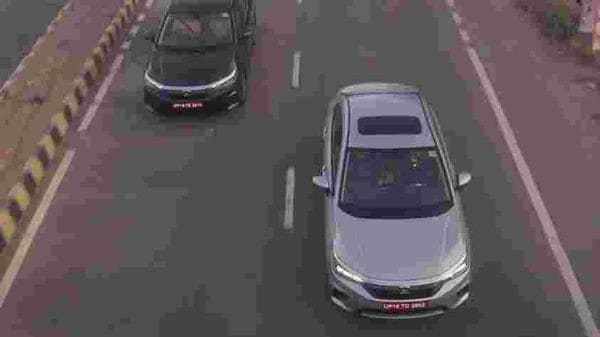 With Honda Cars India all set to officially launch City 2020, there is a sense of buzz that has returned to the rather sedate sedan segment in the country. The 6th-generation offering promises a slew of upgrades - both in terms of style, drive capabilities and features - and car enthusiasts across the border may be keeping an earnest eye out as well.

Honda City is quite a popular model in Pakistan but the car has not received much in terms of facelifts and upgrades over the last few years. In a recent comparison between the upcoming City in India and the existing model doing the miles in Pakistan, an automotive blog in the country sought to point out the glaring differences even as the price difference is next to negligible.

According to PakWheels, the existing City in the country lacks some of the most basic features that are now almost standard in cars sitting in much lower segment in the Indian market, as well as in the previous generation City here. The absence of airbags, cruise control, LED head lights, LED tail lights, remote entry, rear AC vents, one-touch sunroof are some of the key features that the model in Pakistan skips altogether. Quite obviously then, the City in Pakistan also does not have new features that the sixth-generation model incorporates like Lane Watch camera, Alexa compatibility and Tyre Pressure Monitoring System (TMPS) display.

While Honda Cars India will officially launch the new City on July 15, Honda Atlas Cars is not expected to launch it in Pakistan anytime before 2021. And even when launched, the car could be priced a lot more than its Indian counterpart because of factors such as vastly different demand scales, production scales, tax structuring et cetera.