The newly updated Suzuki Vitara / Escudo SUV with full hybrid technology has been launched in the market of Japan.
By : HT Auto Desk
| Written By : Prashant Singh
| Updated on: 04 May 2022, 11:14 AM Suzuki Escudo is also sold as Vitara SUV in the European markets.

The new-gen 2023 Suzuki Escudo compact SUV has been launched in the market of Japan. The new SUV has been re-launched after being discontinued for a short span, however, this time around it now gets new features, revamped looks as well as a fully hybrid powertrain helping it deliver an extended fuel economy. The SUV is also sold in the market in Europe as the Suzuki Vitara, and the Indian-spec Vitara Brezza is also an extension in the same compact SUV family line from Suzuki.

The existing fourth-generation Suzuki Vitara (third-gen Escudo) has been around since 2014. It was previously updated in 2018 with subtle changes including new turbocharged engines, while the 2020 update was rolled out with 48V mild-hybrid tech. Now with the recent update, the car has received a 140V full-hybrid tech which is available as an option, however, the car is still being sold in Europe with mild-hybrid technology. 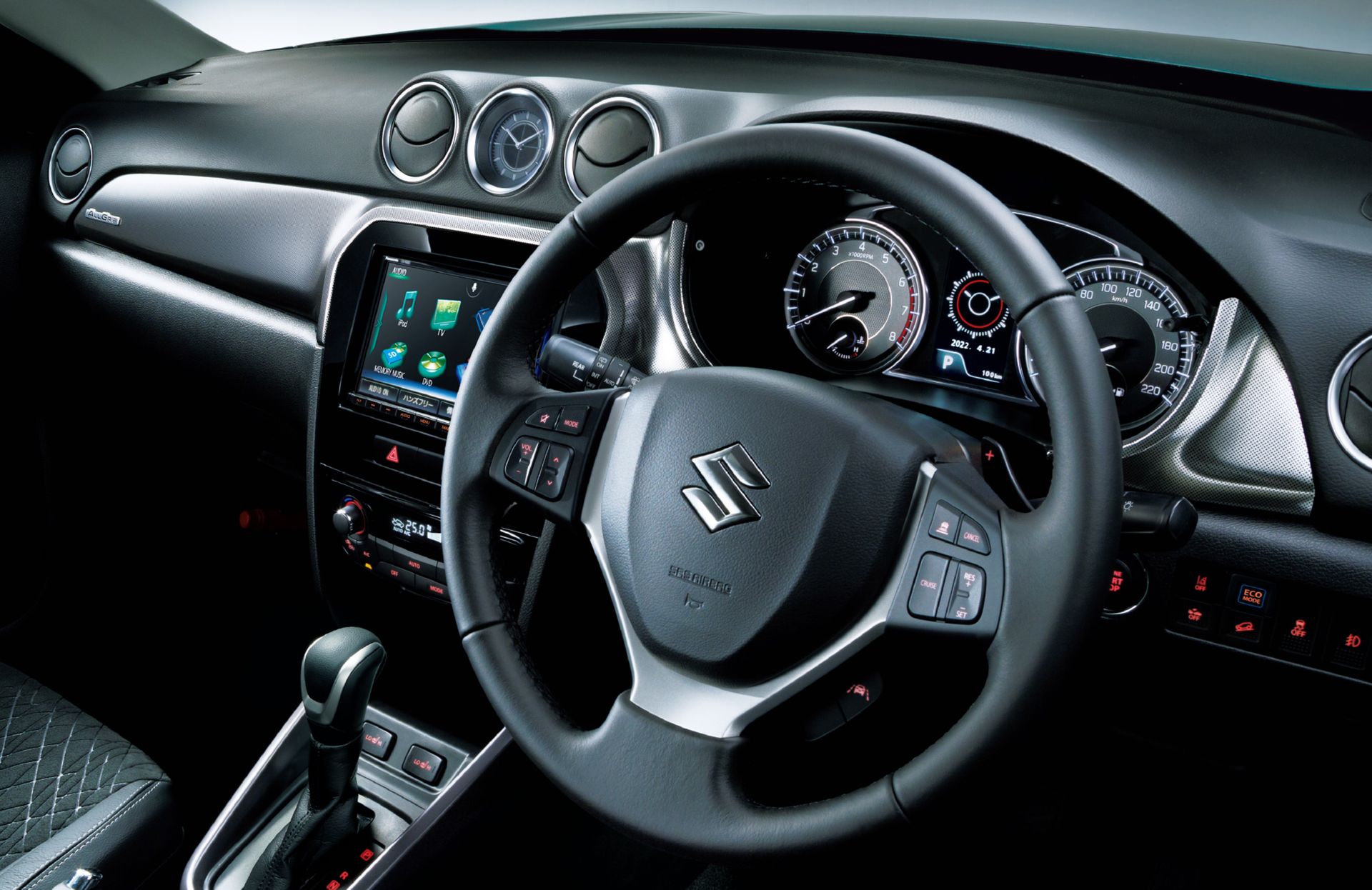 Power from this engine is transmitted to all four wheels through a 6-speed ASG automatic gearbox with gearshift paddles, in combination with Suzuki’s AllGrip AWD system. The car also gets different performance modes including Auto, Sport, Snow, and Lock modes, for a greater off-road experience. The car is also offered with front-wheel-drive system with AWD being optional, in some European markets.

It features a new larger 6 Ah battery which comes out larger than the unit offered in the mild-hybrid variants. This has been mounted under the cargo space of the car, while the previous model featured the battery under the front seats. The new model can also be driven on electric power alone under certain scenarios like deceleration or reversing. In terms of efficiency, the company claims a combined WLTC fuel consumption of 5.1 lt/100 km (46 mpg).