2023 Mercedes EQS electric SUV teased ahead of debut, may offer 600 kms of range 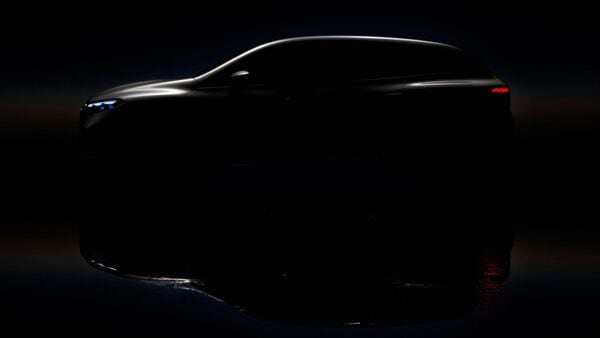 Mercedes-Benz is all set to take the covers off the 2023 EQS three-row electric SUV this month. The German carmaker has announced that the global unveiling of the seven-seater electric SUV will take place on April 19. The 2023 EQS SUV will be based on the same EVA 2.0 platform which also underpins the EQS sedan.

Mercedes has released a teaser image of the upcoming EQS SUV. The image shows a silhouette of the electric SUV. Mercedes says that the new EQS SUV will ‘combine the innovative design and comfort of the EQS sedan with the spaciousness and versatility of the SUV segment’.

Last month, Mercedes-Benz shared a series of images to reveal the interior details of the EQS SUV. The EV will have the MBUX Hyperscreensystem as an option which can also be found inside the EQE and the EQS.However, the 2023 EQS SUV will stand out from its electric siblings by offering a superior cabin. 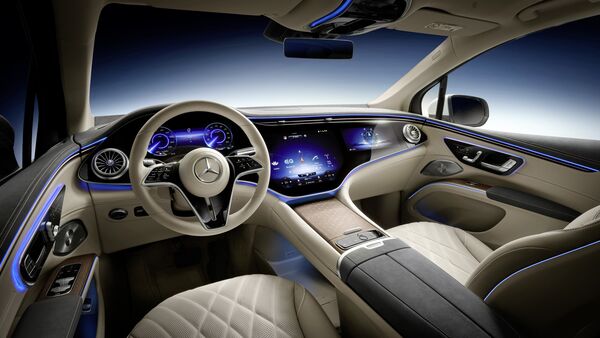 Interior of Mercedes EQS SUV, the first all-electric luxury SUV and the third model based on Mercedes-Benz’s dedicated electric vehicle architecture, showcased ahead of debut on April 19.

It is expected that the new EQS SUV will come packed with a 107.8 kWh battery. These large battery pack is expected to return a range of more than 600 kms on a single charge. EQS SUV is likely to be able to reach peak powers of 200 kW through DC fast charging, going from 10 percent to 80 percent charge in just 31 minutes.

Mercedes-Benz has confirmed that the 2023 EQS SUV will have 4MATIC all-wheel drive system, besides an off-road driving mode.It is expected to have both rear-wheel drive and all-wheel drive versions, as well as high-performance (Mercedes-AMG) and luxury (Mercedes-Maybach) variants.

Mercedes is likely to launch the EQS SUV later this year. The production of the EV will take place at the German carmaker's US facility in Tuscaloosa. This facility is also home to the EQE SUV.