The ongoing chip shortage has been responsible for forcing Skoda to take remove autofolding ORVMs from Kushaq SUVs manufactured in 2022.
By : Prashant Singh
| Updated on: 26 Jan 2022, 11:47 AM 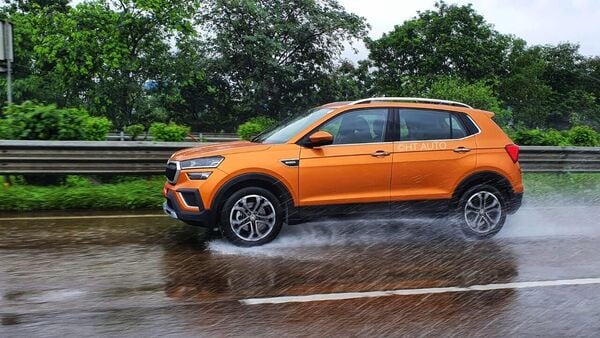 Skoda Car India has recently rolled out a feature rejig on the new Kushaq mid-size SUV which is one of the newer models from the brand in India. The company has previously hiked the prices of the SUV by up to ₹29,000. And now it has updated the feature list of car and as per the new brochure, the Creta rival doesn't get auto-folding ORVMs anymore (on all trims).

(Also Read: This SUV has a four-year long waiting period)

Apart from the confirmation from the brochure details, even Zac Hollis, Brand Director, Skoda Auto India confirmed the new development by taking to his social media handles. As per the statement, the ongoing chip shortage has been responsible for forcing the company to take this decision.

Hollis replied to a user on Twitter on an enquiry over Kushaq's ORVMs, saying “Unfortunately the feature had to be removed due to a lack of semi conductors. We hope the global supply situation improves soon."

Unfortunately the feature had to be removed due to a lack of semi conductors. We hope the global supply situation improves soon.

On the other hand, the car continues along with some key features such as a 10-inch touchscreen infotainment system, a tyre pressure monitoring system, a wireless charger, an electric sunroof, automatic climate control, and a rearview camera.

Under the hood, the car comes with the engine options such as 1.0-litre TSI and 1.5-litre TSI petrol engines. While the former produces 114bhp and 178Nm torque, the latter belts out 148bhp and 250Nm torque. The transmission options include a six-speed automatic, a six-speed manual and a seven-speed DSG unit with paddle shifters.

It is available for purchase in Active, Ambition, and Style trims.