The new 2022 Duster will be sold with a slew of engine options depending upon the market.Renault-owned Dacia has revealed the much-anticipated second-generation Duster SUV for the European market.As part of the mid-life facelift, the new 2022 Duster has received a slew of updates inside out.
By : Prashant Singh
| Updated on: 23 Jun 2021, 14:56 PM

The new Duster receives Y-shaped headlight design along with a fresh chrome grille.

Renault-owned Dacia has finally revealed the much-anticipated second-generation Duster. The SUV is also sold in the Indian market by the same name under the Renault brand.

As part of the mid-life facelift, the new 2022 Duster has received a slew of design and technology updates which brings it in line with the latest cars such as the new Dacia Sandero.

The new Duster receives a Y-shaped headlight design along with a chrome grille that differentiates it from the existing model. Also, another major change on the new Duster includes its LED front indicators which are the first for the SUV. It also gets new aero-optimised 15-inch and 16-inch wheels options and spoiler designs.

Inside, sits a newly updated cabin featuring a redesigned centre console with more storage, new materials, and an 8.0-inch touchscreen with smartphone integration that now comes as standard on the SUV. Some other key features of the car include cruise control, automatic headlights, automatic climate control, and heated front seats. The latter is reserved only for the higher variants. 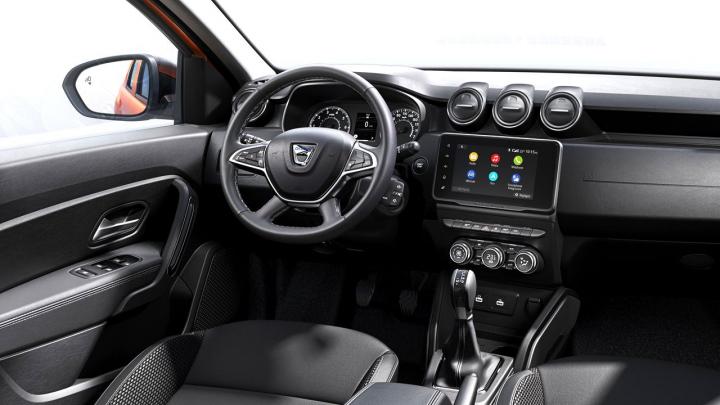 The new Duster will be sold with a slew of engine options depending upon the market. In Europe, the new Duster will be available with a 1.0-litre turbo-petrol engine. This unit has been rated to develop 89 bhp of power. There will also be a 1.3-litre petrol with either 128 bhp or 148 bhp, a 1.5-litre diesel with 113 bhp and a 1.0-litre bi-fuel motor with petrol or LPG.

The company still sells the first-generation Duster in the Indian market. The new model is unlikely to arrive in the country anytime soon as Renault currently prioritises CMF modular platform-based models such as the Kiger, Kwid, and the Triber.