Renault-Nissan Chennai plant under scanner as court calls for probe. Here’s why 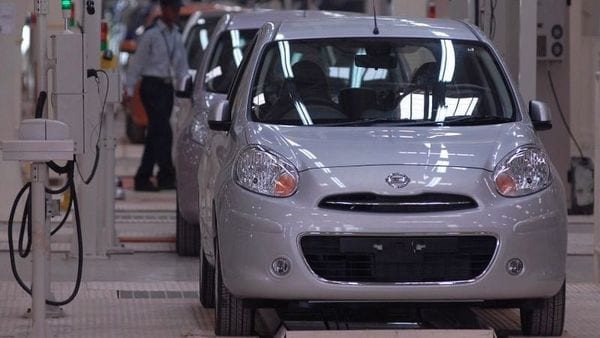 Renault-Nissan plat in Chennai is under the scanner after Madras High Court has ordered a probe into social distancing norm at the site. (File photo)

Renault and Nissan Motor's trouble with the Chennai plant seems to be far from over since its workers staged protest over social distancing norms at the facility even during the lockdown restrictions in the state. In yet another development, the facility will now face probe by the Tamil Nadu state government to check if proper Covid-19 protocol is being maintained while at work.

The Madras High Court has asked the Tamil Nadu state government to inspect the Renault-Nissan plant on July 3. The latest development comes after Renault and Nissan sought to increase workforce to step up production after the government relaxed lockdown restrictions.

The problem started last month when the workers' union at the Renault-Nissan plant filed a petition in the Madras High Court. They alleged that social distancing norms were being flouted at the facility. They had also raised objection to health benefits provided by the company to be inadequate. The protesters had demanded that operations at the plant be halted till their concerns were addressed and resolved.

Though production has resumed at the Renault-Nissan plant, it is still only about three-fifth of its capacity compared to the pre-lockdown levels.

Renault-Nissan India has assured the court that the company would implement guidelines issued by officials from the state's Directorate of Industrial Safety and Health (DISH) ahead of the inspection next month.

Earlier, Renault-Nissan India and the workers' union had agreed to end the impasse. Both sides agreed to scale down operations to be able to maintain social distancing. However, the car manufacturers said the policy did not work out. Renault-Nissan told the court that the practice of deploying an empty slot on the conveyor belt was found to be ineffective in maintaining social distancing.

"I respectfully submit that this would be identical to the business operations adopted in all other similar car manufacturers like Hyundai and Ford ," Renault-Nissan said in a court filing.

The Renault-Nissan plant near Chennai currently employs over 8,000 workers manufacturing vehicles for both the carmakers simultaneously. So far, 21 of the workers at this facility have died, while more than 400 others tested positive this year. A state government review has found that three in four workers at the plant are yet to be vaccinated.

Besides Renault-Nissan, the government also inspected other car manufacturing plants belonging to Ford Motor, Hyundai Motor in the past week. According to the government figures, workers at these three plants have accounted for more than four per cent of all active cases in the two districts where they are located.