Alto is the oldest workhorse from the Maruti Suzuki stable and is still one of the top-selling cars in India. Maruti is expected to launch the new generation Alto in late August.
By : HT Auto Desk
| Updated on: 22 Jul 2022, 12:49 PM 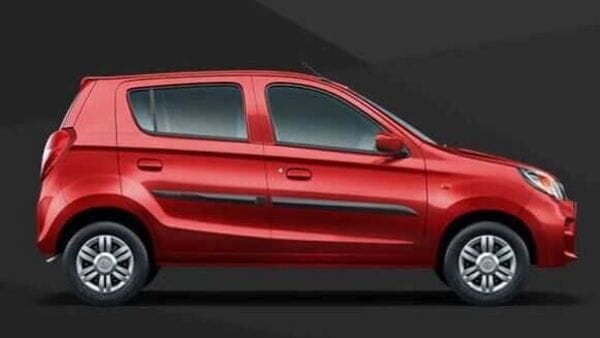 Maruti Suzuki is expected to launch the new generation Alto hatchback in the second half of August.

Lookwise, Maruti is expected to make certain changes to the new generation Alto as has already been revealed through spy shots from a commercial shoot of the new Alto, the popular hatchback will be slightly influenced by the design of the new Celerio. In fact, from the rear spy shots, the new Alto appears to be a smaller version of the Celerio with a more rounded design language.

The new-generation Alto will stand on steel wheels, get body-coloured door handles and black ORVMs among other things revealed through spy shots. Maruti may also introduce a new shade, possibly the same one used on Celerio, on the new Alto as well.

Expect the new generation Maruti Suzuki Alto to be powered by its trusted 800cc petrol engine as well as the 1.0-litre DualJet petrol unit used in Celerio. The smaller engine, mated to a five-speed manual gearbox, is expected to produce 47 bhp of maximum power and 69 Nm of peak torque. The new K10C engine is capable of generating peak power of 66 bhp and 89 Nm of peak torque. The new Alto K10 will also get a five-speed manual gearbox. However, an automatic transmission is not ruled out. A CNG version of the new generation Alto is also expected to hit the markets later on.