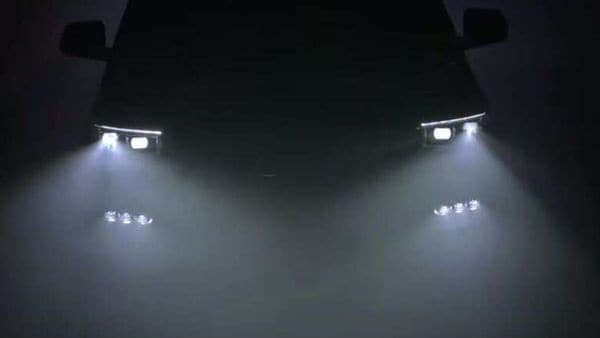 Jeep has also released a new teaser video that provides a peek at the front fascia of the new SUV.

The newly updated Jeep Grand Wagoneer is all-set to make its official public debut on March 11. The American carmaker has also released a new teaser video that provides a peek at the front fascia of the new SUV.

The teaser suggests that the SUV will feature a very similar appearance as its existing model. The signature seve-slat grille of the 2022 Grand Wagoneer is going to feature a familiar detailing, however, there will be minor styling updates in the form of the vertical chrome lines as seen on the Grand Wagoneer concept. It will feature its brand ‘Wagoneer’ at the top of the front main grille as found on the concept model. The only difference will be the lesser spacing between the letters.

(Also Read: Much in a name? Jeep declines to drop Cherokee name despite tribe's outreach)

Moreover, the front headlamps also appear to have a tad different profile. As per the teaser clip, the fog lamps comprise three elements each instead of the LED bars. Save for these updates, the overall aesthetics of the Ram 1500-based SUV will remind of the concept model. But a surprise to some, the new model won’t be available with retro wood panelling which was once considered the signature styling detail on the old-school Wagoneer.

The new flagship from Jeep will rival the likes of some already established premium SUVs such as the Cadillac Escalade and Lincoln Navigator.

What's worth mentioning is that the original SJ Grand Wagoneer was initially launched in the 1960s and remained in production until 1991. The car also went to be featured on some hit TV shows and movies including "The Good Wife" and "Breaking Bad".

The latest 2022 Jeep Grand Wagoneer is bound to hit the US showrooms this summer and is expected to cost somewhere around $100,000 for the top trims.