The latest Volvo XC60 remains true to its inherent strenghts of offering a premium and refined drive experience but the mild hybrid technology does increase the fun - and mileage - by a bit.
By : Shubhodeep Chakravarty
| Updated on: 17 Dec 2021, 12:11 PM 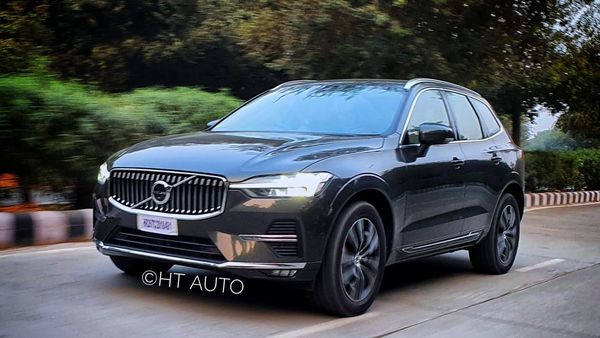 The latest Volvo XC60 is powered by a petrol engine with mild hybrid technology.

In a field filled with German SUVs, Volvo SUVs have had an elite aura around them. Sure, the volumes aren't anywhere close to what Mercedes or BMW or even Audi can boast of but one thing that Volvo can boast of is sheer elegance, elegance in terms of design, cabin and even drive traits. And these are factors that the 2021 XC60 seeks to build on, while also offering a better loaded cabin, to woo buyers.

The Volvo XC60 has always had to compete against some very capable heavyweights in the Indian car market. The Mercedes GLC and the BMW X3, for instance, are worthy rivals. And Audi has brought back the Q5 in petrol form to further intensify the competition. Yet, Volvo continues to play the game by banking on its own set of strengths rather than playing for the crowds. Let's face it, the XC60 isn't going to leave you spellbound with its captivating looks, isn't going to overpower emotions through its cabin layout or take adrenaline levels to new highs courtesy its drive. No, not even the latest XC60. But what this Volvo, much like most Volvos, does is bring about a pleasing calm, one that now gets mild hybrid technology too. Yes it is elegant on the outside. Yes it is pleasing within and yes, there is a slight bit more eagerness in the way the XC60 moves for a package that is as mature as ever.

The latest XC60 is clearly a Volvo. And that's great. The 'Thor' LED head light units, the svelte LED tail light design, the smooth flowing body and character lines - all gently yell that this here is still a true-blue Scandinavian sensation. But look closely and the subtle updates appear as clear as the Swedish sun on a bright summer day.

The front grille on the SUV has been reworked to make it slightly bolder than before, complete with more prominent chrome outlines. There is also chrome elements that have been added to the reworked front bumper. The Volvo logo on the face houses a number of cams and sensors for safety purposes. 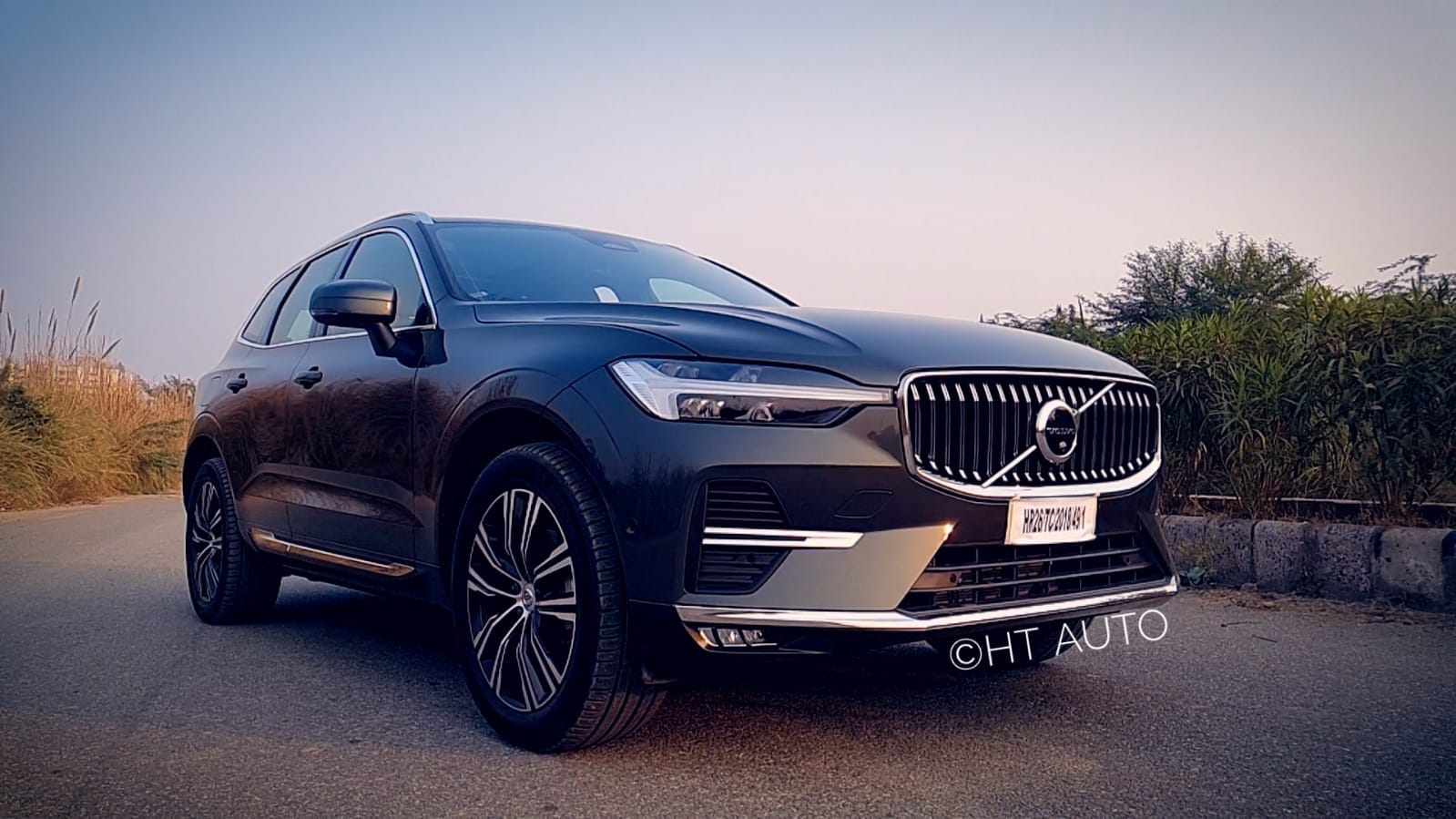 The Volvo XC60 continues to have a smart visual profile.

The grille on the face of the new Volvo XC60 has been reworked slightly and there's generous chrome garnish used here. The Volvo logo in the middle houses sensors and cams. The bumper too has been redone significantly and comes with more chrome additions.

Over at the side, the new XC60 is near identical to the model it replaces save for the new design on the 19-inch alloys that lends the SUV some sporty visual aesthetics. The ground clearance of the XC60 is good enough to bolster its SUV credentials and yet getting in and out isn't a task.

The rear of the vehicle also gets a slightly tweaked bumper design and a new Volvo badge. 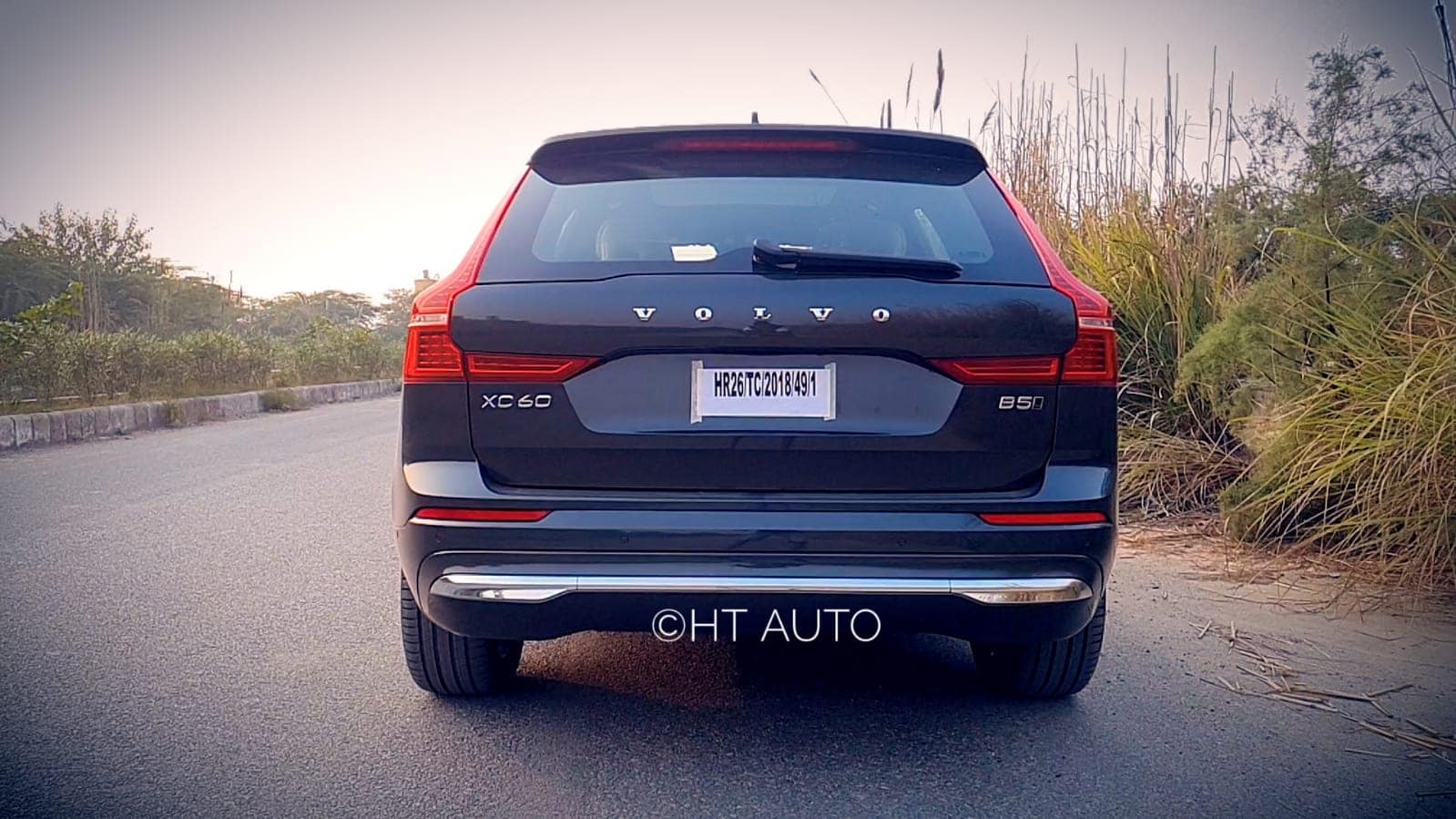 The XC60 continues to have a wide rear profile with luggage space that is large enough for two big suitcases and then some more.

Volvo vehicles have some of the most aesthetic cabins among all luxury brands and it can be a bit tricky to incorporate fresh changes to an already near-perfect layout. 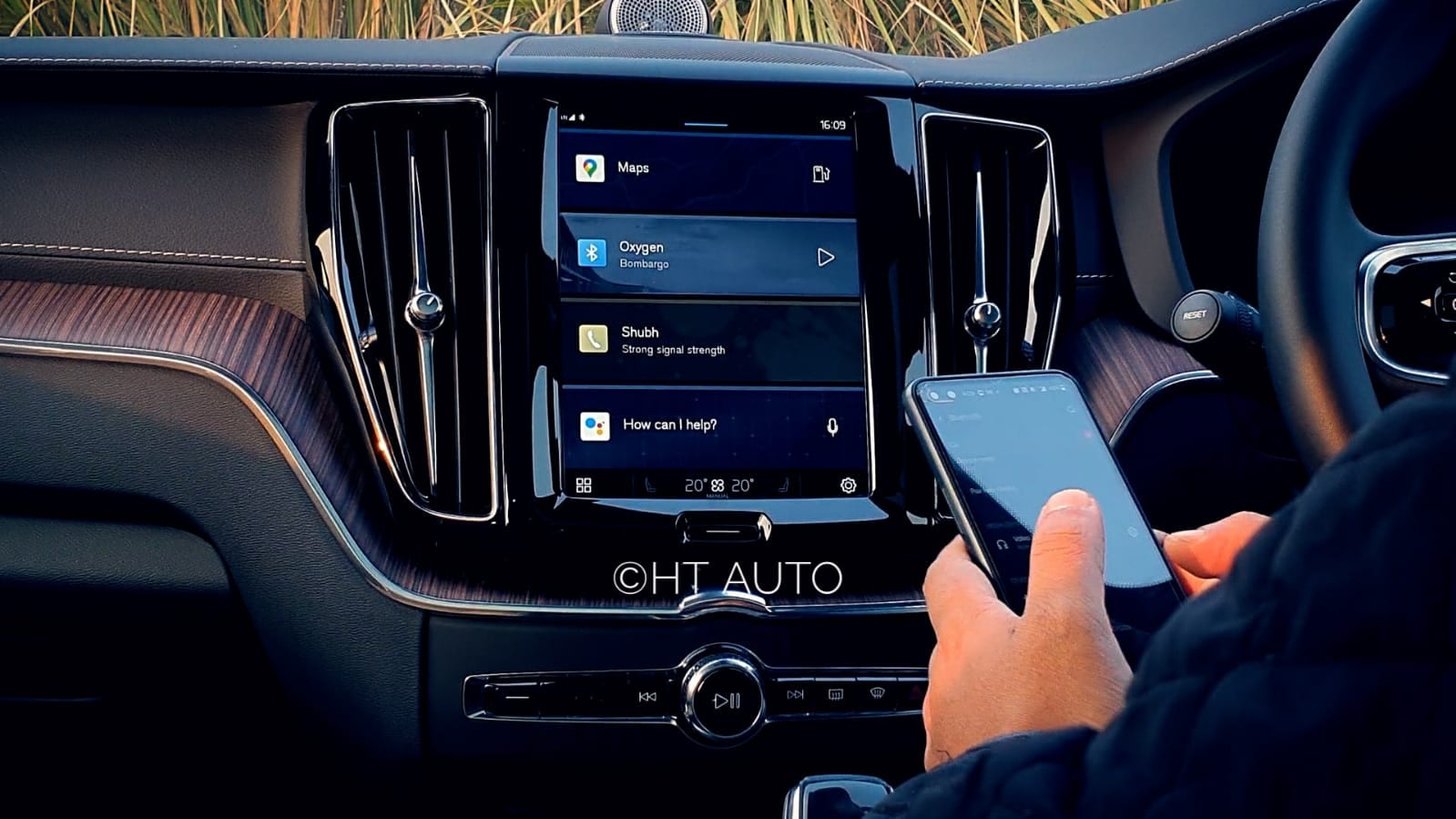 The Volvo app can be used to monitor a wide number of XC60-related functionalities.

Volvo fans can rejoice that there isn't any drastic change in the cabin of the new XC60. The nine-inch vertical touchscreen is what continues to sit like a crown here and is typically responsive to touch while negating reflections. There is a learning curve to operate some of the features here - took me a while to figure how to get the massage functions on the front seats going through the screen, but once one gets the hang of it, there's much to like. Oh, and yes, the front seats do offer massage functionality, apart from cooling and heating. The latter was a bliss on morning shoots in the December cold of Delhi.

But even before the break of dawn, when the morning coffee hasn't yet kicked in, stepping inside this SUV is just so pleasing to the senses. Whether it is the wood trim and brushed aluminium finish on the dashboard or the bronze upholstery, Volvo continues to set the benchmark in having a car that is as welcoming of you as you may be of it.

The feature list now boasts of a new driver display and Google integration which means connecting a phone wirelessly to the main screens is a breeze. The main screen unit also supports a number of apps, including Spotify. There is a wireless charging station on the center console which also gets a gear lever in artistic glasswork.

A panoramic sunroof on the top adds to the sense of space but the rear seats are best only for two as shoulder room for three is at a premium. There is also a lack of under-thigh support for passengers at the back although knee and leg room for two are great.

Out goes the diesel and in comes a two-litre, four-cylinder petrol engine with mild hybrid tech under the hood. The new Volvo XC60 now produces 250hp and has 350 Nm of torque on offer. The torque figures are comparable to rivals like GLC and X3 even if the new Audi Q5 is likely to offer a bit more thrust. 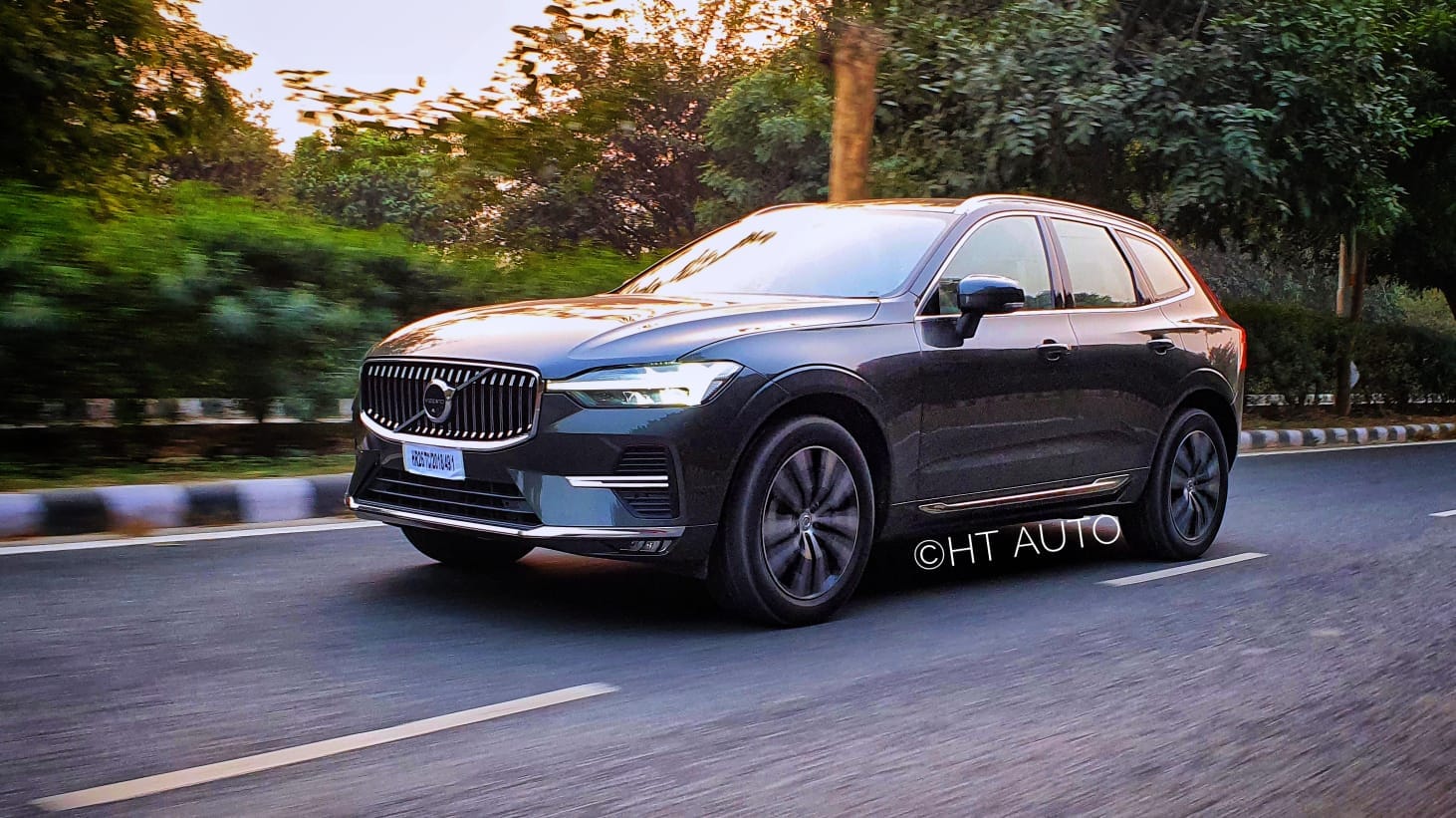 The 2021 XC60 now ditches the clutter of diesel for a more refined petrol engine.

But thrust isn't the temperament of the XC60. The 48V battery system does claim to help its cause by offering a bit quicker acceleration and improved mileage but this SUV - unlike some of its rivals - is best when ambling along. The eight-speed gearbox keeps ticking the numbers precisely and while it isn't the most enthusiastic respondent to throttle inputs, it isn't a slacker either.

Sudden throttle inputs does get the XC60 moving as desired but it comes at the cost of engine grunt. There is some amount of noise that does creep in from the engine bay when the XC60 is being aggressively pushed but keep the vehicle composed and the level of refinement is excellent - whether from the engine or in terms of ambient exterior noise.

The ride comfort too is quite good barring the slightly stiff suspension. The XC60 tends to overcompensate when managing speed breakers on moderate speeds even if its high-speed stability and ability to tackle minor road aberrations is par for the course.

The latest XC60 offers a bit more than the outgoing model while staying true to its inherent strengths and traits. It never was an enthusiast's SUV and still isn't. It isn't the most macho, the sharpest or even the sleekest and yet has a regal flair around it.

The petrol engine makes this a refined car to drive or even to be driven around in and the neat cabin layout, along with the updated feature list, makes the XC60 a capable luxury offering. Priced at around ₹62 lakh (ex showroom), it makes a good case for itself and is likely to continue appealing to a refined set of car buyers.