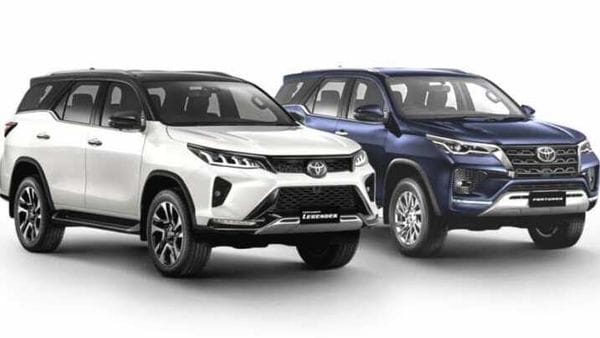 The new Fortuner facelift will go on sale in Indian on January 6th, 2021.

Toyota is gearing up for the launch of its upcoming Fortuner facelift which will go on sale in the Indian market on January 6th. Now dealer sources have indicated that that SUV will be launched in three trims - Fortuner 2WD, Fortuner Legender 2WD, and Fortuner Sigma 4 (4WD).

The standard Fortuner facelift, as well as the higher-spec Fortuner Legender, have been spied on the Indian roads in the past. The latter will boast a sportier body kit which will set it apart from the regular Fortuner. It will benefit from projector lamps, a smaller blacked-out mesh grille, L-shaped DRLs, and a more aggressive-looking front bumper. In addition to that, it will also roll on larger 20-inch dual-tone alloy wheels giving it a bolder look.

The price details will be officially announced only on January 6th, 2020. Expect the new facelifted SUV to start from ₹32 lakh (ex-showroom), and the higher-spec Fortuner Legender may touch somewhere close to ₹41 lakh (ex-showroom). Rivals to the new Fortuner facelift include the Ford Endeavour, MG Gloster, and Isuzu MU-X SUVs.