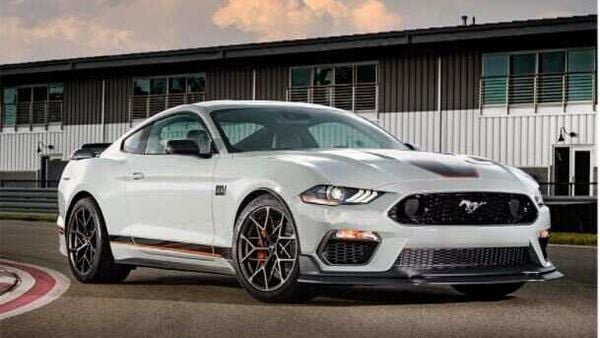 The 480 horsepower limited-edition all-new Ford Mustang Mach 1 coupe made its world premiere in June this year. The pony car, set to return after a 17-year hiatus, comes with available Handling Package for greater at-limit handling.

The wheels that the coupe will ride on with this package have been designed in a way to capture attention when the reaches the roads and tracks across the US and Canada early next year. The wheels' design has been inspired by bird’s nests, construction and engineering marvels such as bridges and roll cages. The long straight lines behind shorter, angled lines on the wheels resemble bird's nest and bridge truss construction.

They have been designed using a layered construction that is typically only seen on show cars and other non-production vehicles, giving them a three-dimensional appearance. Forged with cast aluminum, the wheels come with on-track benefits such as structural integrity for hard cornering and about a two-pound weight drop from the standard Mach 1 wheels, despite being one inch wider. 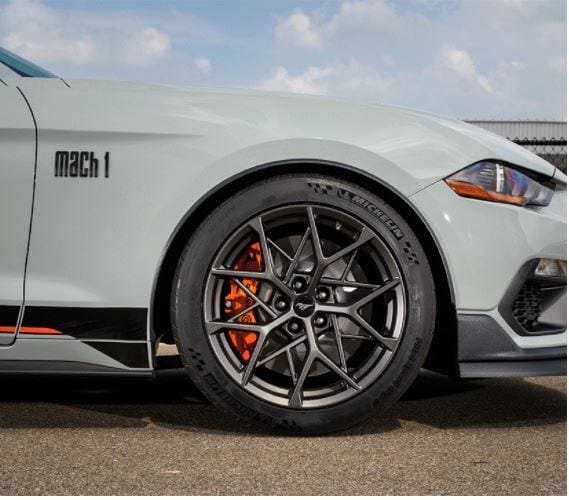 The wheels feature Y-spoke influenced by Ford ST wheels and overall design influenced by Mach-E GT prototype wheels. The designer of these wheels, Mark Kaski, has also been the designer of various other wheels that Mustangs have ridden over years. "I see wheels as jewellery for the vehicle. (The latest) design is different than anything we've ever done but is perfect for the new Mach 1," he says.

The 2021 Ford Mustang Mach 1 Handling Package will be available to order from January 4.

The iconic pony car will pack a specially calibrated 5.0-liter V8 engine that has a projected 480 horsepower at 7,000 rpm and 420 lb.-ft. of torque at 4,600 rpm. The engine has been integrated with revised Shelby GT350 components including the intake manifold, oil filter adapter and engine oil cooler, increasing engine oil cooling capability by 50 percent.