2021 Jeep Wrangler Rubicon 392 unveiled, the fastest and most powerful yet 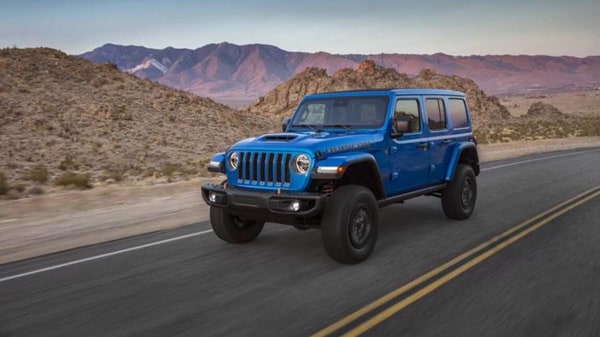 2021 Jeep Wrangler Rubicon 392 is the most powerful in the Wrangler lineup so far with the addition of a V8 engine.

The wait for a V8 engine in a Jeep Wrangler Rubicon is finally over. Fiat Chrysler has finally taken the covers off its fastest and the most powerful Jeep Rubicon 392 ever built.

The production version of the new Jeep Wrangler Rubicon 392 is almost the same as the 392 Concept showcased a few months ago. However, the production version has some changes. It gets a 6.4-litre naturally aspirated V8 engine which has increased power of 470 horses and a 637 Nm torque. The engine is mated to an eight-speed automatic transmission with paddle shifters - a first for the Wrangler. Jeep claims those numbers are enough to take the Wrangler from 0-100 kmph in 4.5 seconds.

Like the concept, the new Rubicon increased its ride height by two inches. The upgraded suspension uses Fox shocks, upper control arms, and heavy-duty brakes. As standard, it is equipped with 33-inch wheels mounted on 17-inch wheels, and Jeep says it improved the attack and departure angles. The carmaker also claims that the new Rubicon will have improved off-road capability with 32.5 inches of water clearance and improved suspension articulation. 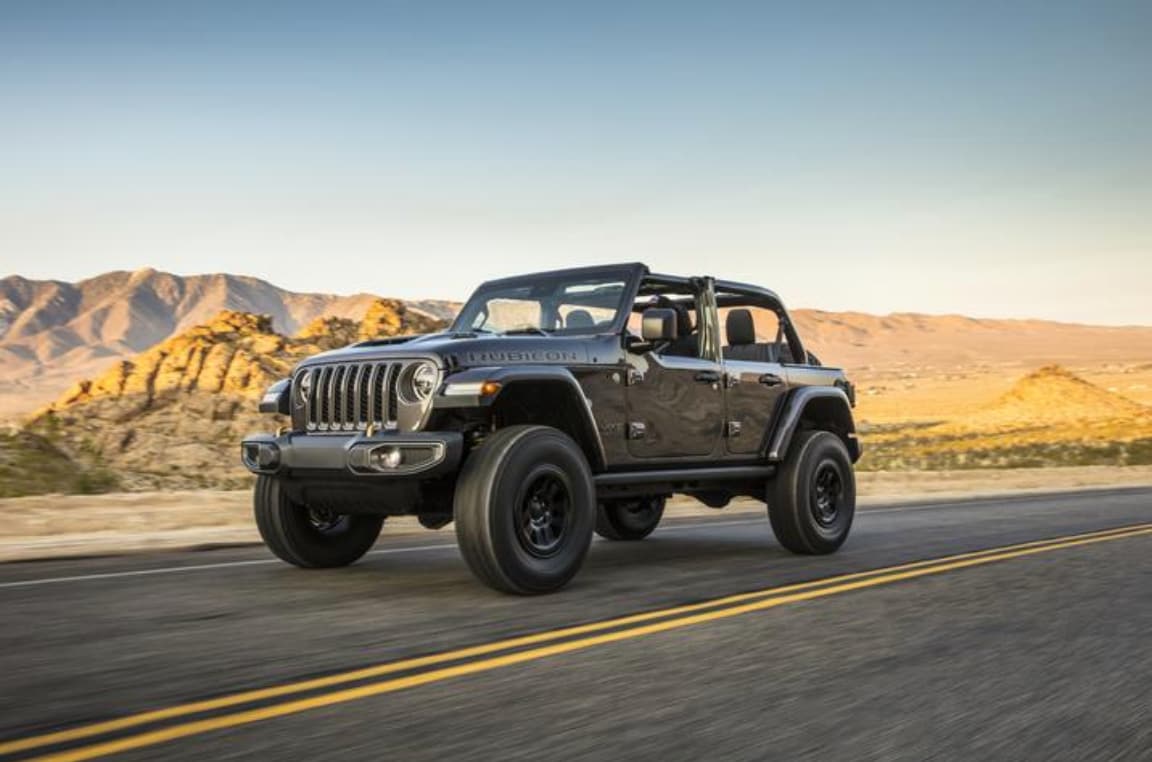 The new Jeep Wrangler Rubicon 392 will have 32.5 inches of water clearance and improved suspension articulation.

Visually, the new Wrangler Rubicon debuts badges, special wheels and the hood. The grille was also optimised to improve cooling of the massive V8 engine, and a new instrument cluster inside. The Rubicon 392 signature is embossed on the seats and is offered as standard with a leather upholstery, infotainment group, advanced safety, body-coloured hardtop and other normally optional items. Mopar will also offer a wide range of specialty accessories.

Jeep has not yet revealed the price of the new Wrangler Rubicon, but it is expected to be between 50 and 60 thousand dollars. The exact figures will be revealed near its on-sale date, in the first quarter of next year. When launched, it will take on rivals like the new Ford Bronco SUV.