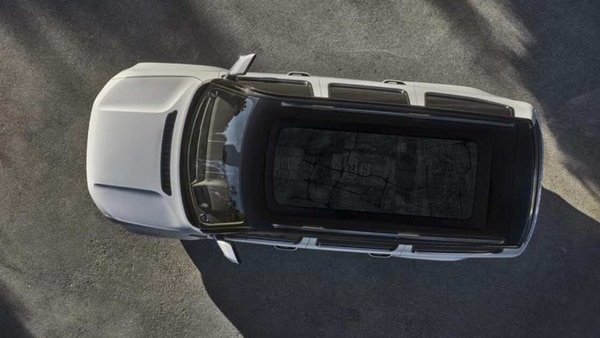 Jeep is gearing up for the global reveal of the Grand Wagoneer which has been slated for September 3. Along with the new Wagoneer, Jeep will also pull covers off the Wrangler 4xe PHEV.

After teasing its grille in the past, Jeep has now released a teaser of its massive panaromic sunroof. The glass panel quite literally stretches across the length of the Wagoneer's roof. As per the teaser (above), the Jeep Wagoneer will be a full-sized SUV, most likely to accommodate 7 people.

As revealed in the past, the Wagoneer will benefit from a squared off, angular grille which reflects the design of the older Wagoneer models. The new design on the upcoming Wagoneer is reminiscent of the Wagoneer Roadtrip concept which was revealed in 2018.

The new teaser of the car's cabin reassures that chrome detailing on the air-con vents and rotary knob will be aplenty. It will feature a massive 12-inch frameless infotainment screen and what really pulls eyeballs is the tiny engraving of the Wagoneer's silhouette on the sides of the dashboard. 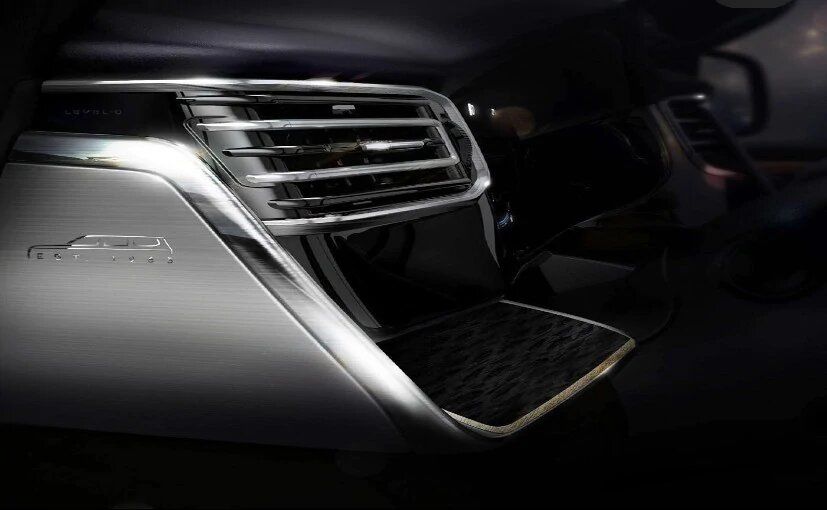 The Wagoneer will compete with the Chevy Tahoe and Suburban SUVs. It will most likely be based on the Ram 1500's body-on-frame platform and will employ V6 and V8 powertrains. Also, hybrid and plug-in hybrid variants are also in the pipeline.

There will be two bodystyles on the Wagoneer - the regular Wagoneer and the long wheelbase Wagoneer called as the Grand Wagoneer. Production of the Wagoneer is expected to begin in Q2, 2021. More details will be made available soon.