2021 Elantra from Hyundai made its world premiere with sharper styling, a more tech-focused cabin and two powertrains to choose from, including a hybrid 1.6-litre four-cylinder engine that produces 139 hp.
By : Sabyasachi Dasgupta
| Updated on: 18 Mar 2020, 03:14 PM 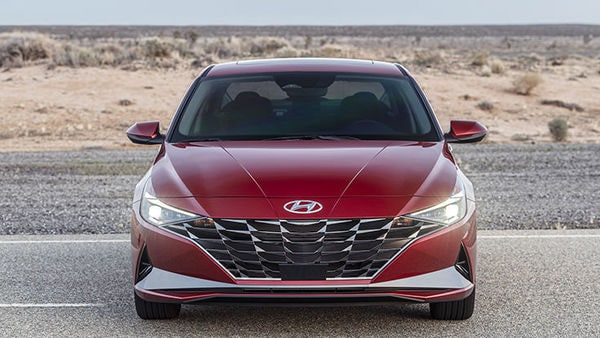 In 2019, the Hyundai Elantra was given a rather 'controversial' facelift model, but on Tuesday (local time), the Korean automaker officially introduced a completely new model of the popular sedan in the United States.

Touted as the 'daily four-door coupe' model, the latest Hyundai Elantra (also referred to as the Hyundai i30 Sedan in some markets such as Australia) adopted the company's latest design language 'Sensuous Sportiness'. The new Elantra gets a style that has more character than its predecessor, although it has a slimmer look and a slightly sharper impression.

The 2021 Hyundai Elantra follows in the footsteps of the Sonata and has adopted a large 'parametric-jewel-pattern' grille. Turn signal lights are integrated into the grille and are next to large headlights. The front end angled gives hood machine a long and bodywork leaner. The latter features prominent lines of character, combined with a more dynamic style of glass and roof. In addition, there are integrated rear spoilers and distinctive 'H-Tail' style taillights.

Here is the first look at the 2021 Hyundai Elantra: Hyundai Elantra follows in the footsteps of the Sonata and adopted a large parametric-jewel-pattern grille.

In the cabin, the designer adopted the idea of 'immersive cocoon' which 'encloses the driver like an airplane cockpit'. This model is also more high-tech because it is equipped with a 10.25-inch digital sail instrument cluster and an optional 10.25-inch infotainment system. The latter supports wireless Android Auto and Apple CarPlay wireless which is the first for vehicles in this segment.

(Also see: First pictures of the all new Hyundai i20 hatchback released)

Other highlights include slim sized air ventilation, plenty of grip and lighting systems with 64 different colours. The car can also be equipped with a wireless smartphone charger, 8-speaker Bose audio system and Digital Key that allows the latest Elantra to be opened and driven via an Android smartphone or NFC card.

Performance matters, the driver will find a 2.0-litre four-cylinder engine capable of producing 147 hp (110 kW/149 PS) with 179 Nm of torque. The engine is connected to an intelligent variable transmission which is the CVT version of Hyundai. The company also said that its gearbox is equipped with a new shift control strategy that 'increases linearity between driver input, vehicle behaviour and acceleration'. 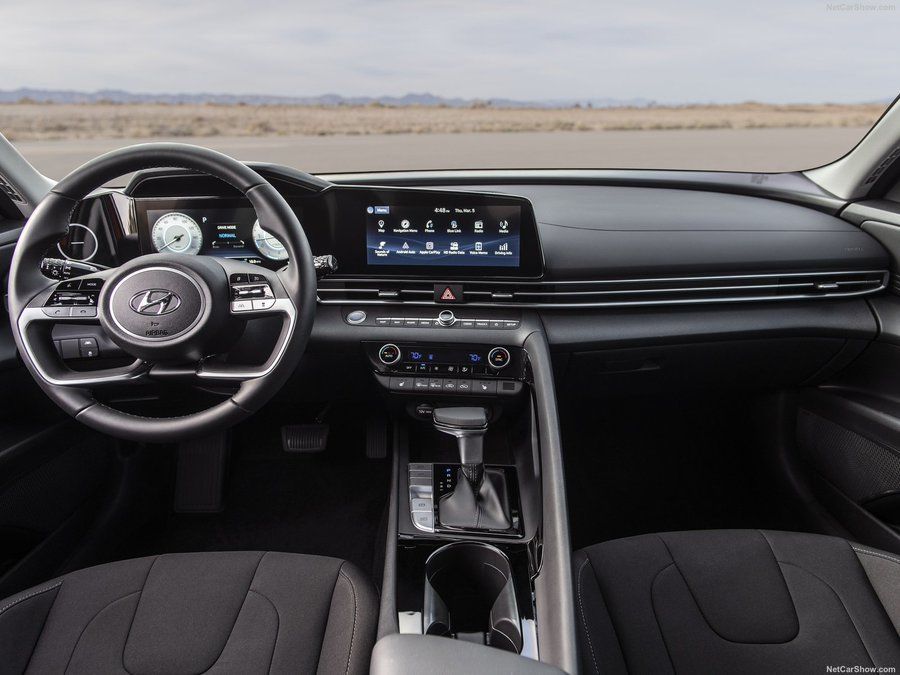 The latest Hyundai Elantra will also get a new hybrid variant . This variant carries the 1.6 litre Atkinson-Cycle GDI four-cylinder engine, which is combined with an electric motor and a 1.32 kWh lithium-ion battery which is under the rear seat. This arrangement gives the car a combined power output of up to 139 hp (104 kW/141 PS) with 264 Nm of torque. The engine is connected to a six-speed dual-clutch transmission that promises the rider 'a dynamic and exciting driving experience'.

(Also read: 2020 Hyundai i30 promises to be sleeker, safer and even more efficient)

The latest Hyundai Elantra will begin production next fall, with sales starting in the fourth quarter of 2020.