2021 Ford Escort looks legit for the badge's comeback to India 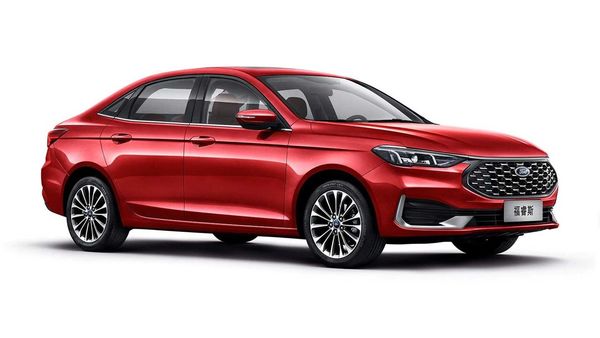 The Ford Escort sedan is available in China market only.

Ford is reported to be working on the plan to bring its Focus and Focus ST hot hatchback in India. Besides that, it is also likely to bring the iconic Ford Ranger Raptor pickup truck. However, the new 2021 Ford Escort sedan is something, the US-based automaker can think about bringing back to the Indian market.

Ford Escort was practically the first car from the Mahindra-Ford joint venture, when the two companies joined hands for the first time in 1995 and formed Mahindra Ford India Ltd (MFIL). Not too many sedans were there in the Indian market then. Ford Focus certainly grabbed attention of the consumers with its sleek, curvy design and host of features.

Ford Escort was offered with power steering, power front windows, ORVMs, air conditioning, music system and others that used were luxury at that time.

However, the market dynamics was different at that era and sedans were not popular in India. Maruti 800 like budget cars were the models, the consumers were more inclined to at that time. Focus arrived in India at a time, when the Indian auto industry just started to take the leap to the future. Features were not priority to the buyers, but mileage and utility were.

Due to this, the Ford Focus couldn't lure the buyers, despite being a capable model. The low sales volume resulted in Ford discontinuing the Focus sedan in India in 2001.

The Ford Escort in India at that time was introduced with two engine options that were way ahead of the industry in the country. There was a 1.6-litre petrol engine and a 1.8-litre diesel unit. The petrol model was known as Escort Alpha, while the diesel variant was called as Escort Orion.

With two decades passed after the Escort was discontinued in India, the sedan has came a long way in the international market and evolved with time, keeping pace with the design and technological upgrades. Recently, the 2021 Ford Escape has been revealed.

The sedan has been restyled significantly, at exterior and inside the cabin. It gets a large blackened front grille with chrome styling elements, flanked by sharp headlamps boasting LED units and LED daytime running lights. A nicely curved roofline, wide glass area are visible at the side profile, while the sedan is available with both 15-inch and 16-inch alloy wheel options.

Moving to rear, it gets wraparound LED taillights and a sleek chrome bar running between them. Also, there is a lip spoiler as well, adding premium sportiness to the sedan.

Inside the cabin, the 2021 Ford Escort gets a pair of fully digital screens, a styling element visible in Mercedes. The 10.25 inch screens delivers a Mercedes-esque vibe.

Under the hood, the updated Escort gets a 1.5-litre naturally aspirated petrol engine mated to a six-speed manual gearbox. Also, there is an automatic unit on offer as well. The powertrain produces 122 hp of power to the front wheels.