An owner of a Tesla Model X and a Ford Mustang Mach-E has received death threats from Tesla fans for sharing positive experience with Ford EV.
By : HT Auto Desk
| Updated on: 06 Apr 2021, 15:26 PM 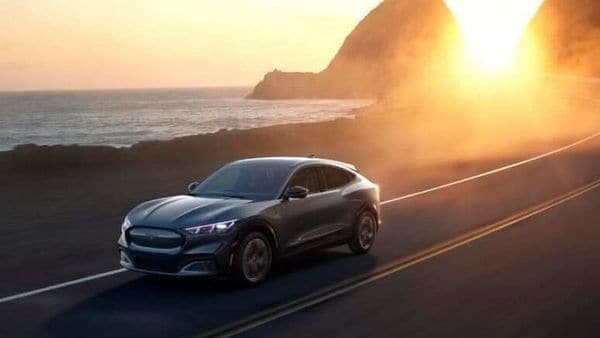 Mustang Mach-E is the all-electric avatar of the iconic Ford Mustang.

Tesla fans are known for being extremely passionate about the brand and the electric vehicles offered. Some may be a little too passionate, reportedly bordering on threatening. This came to light when a certain Tesla owner in the US bought a Ford Mach E, only to receive intimidating messages from certain Tesla fans on social media.

Sergio Rodriguez, who owns both a Tesla Model X and a Ford Mustang Mach E, recently shared his experience with Tesla fans. He has highlighted that not only was he intimidated but death threats were issued too.

Rodriguez, being an avid enthusiast of electric vehicles and owning two high-performance electric cars, shares stories about his experiences with the EVs. One of his posts, where Rodriguez shared his experience about a cross-country trip in the Ford Mustang Mach-E has earned scorn from a few Tesla fans.

It’s annoying. I’ve had some message me death threats over my joy with the Mach-E. You would swear Tesla was their great auntie or other kinfolk. Some of them are complacent with the the defect and just want to be part of the cult.... I mean club. https://t.co/U128qnULYY

According to these particular Tesla fans, Ford is paying people to post positive reviews about Mustang Mach-E.

In a tweet posted on April 3, Rodriguez responded to a post of another Twitter user, where he talked about the negativity of Tesla fans. He even went on to say that he received death threats and called Tesla a cult. According to him, when death threats started coming in, he reported these to Twitter, but didn't take screenshots.

Rodriguez said that one of the Tesla fans wrote in the comment of his post that the Mach-E should lose control and crash. There were comments like the car should catch fire while he is driving it.

Online harassment is nothing new. Several people often face such comments on social platforms. However, it seems that certain Tesla fans took it too seriously and started raining abuses to the owner of the two EVs.

In response to Rodriguez’s tweet, Ford's spokesperson Mike Levine said that he was sorry to hear of the death threats. In fact, Levine, too, said he has been the subject of online harassment for his role in promoting the Mustang Mach-E and his criticisms of Tesla.