Apart from the hybrid power, the new BMW 5 Series also gets a host of aesthetic and technical updates.
By : Sabyasachi Dasgupta
| Updated on: 27 May 2020, 12:12 PM 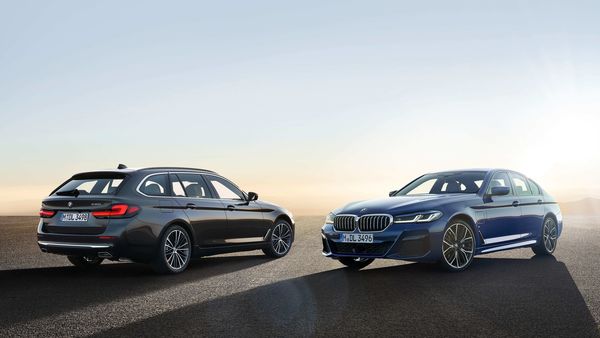 BMW has unveiled the 5 Series sedan in a global premier through the digital platform.

BMW has unveiled the 5 Series sedan in a global premier through the digital platform today. The new 5 Series sedan, with plug-in hybrid option, has been launched at a price of $55,195 (around ₹42 lakh).

Apart from the hybrid avatar, some of the major changes in the new 5 Series sedan are the new kidney grille and the re-designed headlights. The traditional twin-kidney grille is now bigger and wider than before. The headlights are now standard adaptive LED units.

The M Sport package gets a redesigned front and rear bumpers with larger air intakes in front and a rear-diffuser panel in back. The M550i xDrive gets an aerodynamic kit with a trunk lid spoiler and dual trapezoidal exhaust tips.

The interior of the new 5 Series sedan is also upgraded with two 12.3-inch screens working as the instrument cluster and the centre console, which has grown in dimension. Both come as standard in all variants. 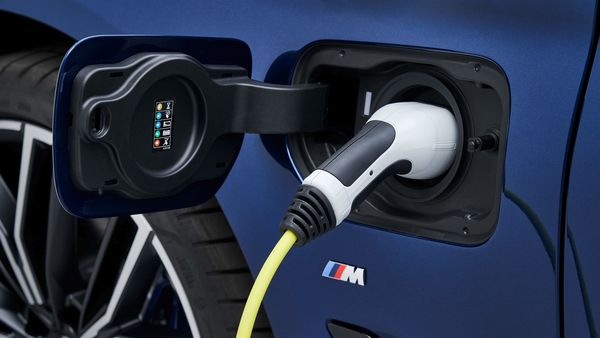 The biggest change in the new 5 Series sedan is the addition of a plug-in hybrid option.

But the biggest change in the new 5 Series sedan is the addition of a plug-in hybrid option. The entry level models feature a 2.0-litre turbo-four with 248 horsepower and 258 pound-feet of torque. The 530e plug-in hybrid gets a turbo-four engine with an electric motor 12 kilowatt-hour battery. Together they can produce 288 hp of power and 310 lb-ft of torque.

The BMW 540i models, powered by a turbocharged 3.0-litre inline-six engine, get a 48-volt mild-hybrid system. It can add about 11hp of power to its total output of 335 hp.

The BMW 545e xDrive gets a 80-kilowatt (107 horsepower) electric motor with a straight-six gasoline engine with 282 horsepower. It can drive for about 56 kilometers on electricity alone. The top-of-the-range M550i xDrive sedan gets a twin-turbo 4.4-litre V8 engine producing 523 horsepower and 553 lb-ft of torque. 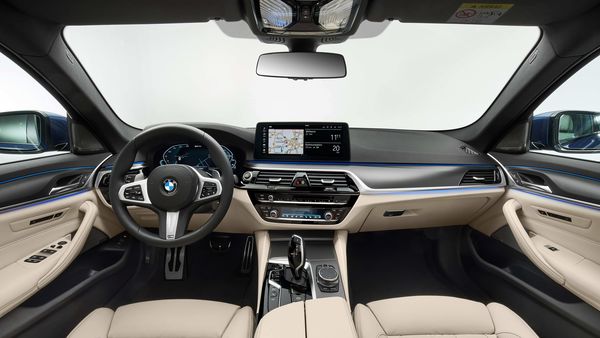 The interior of the new 5 Series sedan is also upgraded with two 12.3-inch screens working as the instrument cluster and the centre console.

Among the safety features available in the new 5 Series are the new driver assistance systems and extended functions that pave way for automated driving, lane Departure Warning with lane return function, new optional Driving Assistant Professional which includes Active Navigation with the help of the Lane Change Assistant, automatic formation of emergency lane and junction warning (now with city braking) functions. 3D visualisation of the surrounding area shows traffic situations and possible interventions by the driver assistance systems in the instrument cluster. There is Optional Parking Assistant with additional reversing assistant function too. The new BMW Drive Recorder, part of the optional Parking Assistant Plus package, records up to 40 seconds of video footage from points around the vehicle.