The winter testing sees the engineers paying particular attention to the thermal management of the battery and the interior, and to charging in the cold.An electric-model in the form of EQA will follow before the year is out.
By : Sabyasachi Dasgupta
| Updated on: 26 Feb 2020, 11:41 AM 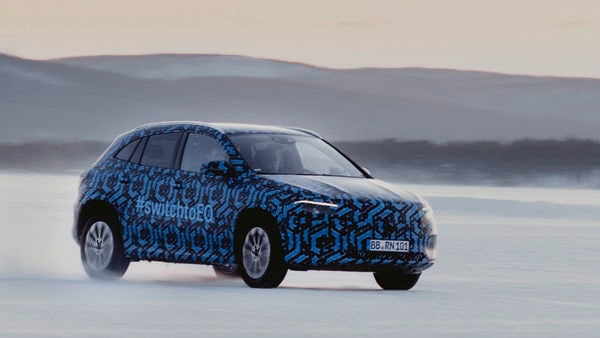 Only in the last month, photos of the updated E-class sedans and the future electric flagship with the EQS index were released, and now it is the turn of the compact Mercedes-Benz EQA SUV, whose full premiere will take place this year.

Behind the EQA index lies an electric version of the new generation GLA model, and the cars seem to have the same body and differ only in design.

As seen in the pictures released by Daimler, the prototypes of this electric model are currently traveling on the snow-covered roads of Sweden. In winter tests, engineers devote special attention to the thermal management of the battery and the cabin, as well as to cold charging. In particular, the traction battery is closely monitored: before starting mass production, companies want to make sure that it remains working even in severe frosts. Testers also check how quickly the interior warms up and how much time it takes to charge the car with everyday use in the winter. 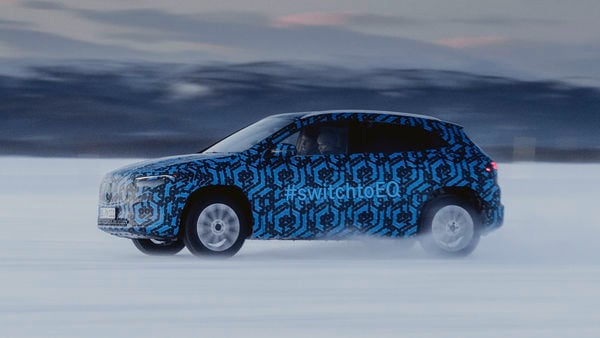 Other aspects are driving safety, traction and energy recovery in ice and snow.

According to preliminary information, the Mercedes-Benz EQA will be offered with several batteries to choose from from 60 to 110 kWh. A range of electric motors with a capacity of 204, 272 or 340 hp is also expected, and the range of the basic versions will be about 400 km.

By the way, a larger Mercedes-Benz EQB SUV will have a similar filling. And more detailed information will appear closer to the premiere of the new EQA, which may take place in October at the Paris Motor Show.

With the Concept EQA at the 2017 IAA International Motor Show in Frankfurt, Mercedes-Benz demonstrated how the EQ strategy can be transferred to the compact class. 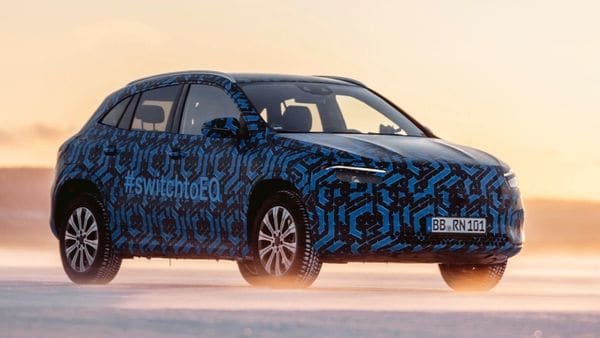 The production version of the all-electric sibling of the GLA will have its premiere before the end of the year. Prototypes of the EQA are currently undergoing challenging winter trials in the far north. And Mercedes-Benz will complete the EQ Power family of compacts with additional sporty models featuring the third-generation hybrid powertrain.