Along with the BS 6 update, the Mahindra Bolero has gone through a series of changes which include new styling tweaks, engine update, and new safety features additions.
By : Prashant Singh
| Updated on: 25 Mar 2020, 03:26 PM 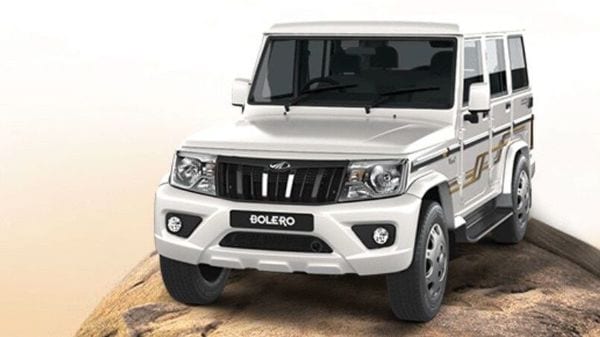 For the record, the previous Bolero BS 4 was featured in LX, SLE, SLX and ZLX grades. It was priced in the range of ₹7.62 lakh* to ₹8.99 lakh*. It will remain on-sale until March 31st or till the existing stocks last.

Along with the BS 6 update, the Mahindra Bolero has gone through a series of changes which include styling tweaks, engine update, and new safety features additions.

For starters, the Bolero BS 6 gets a new front bumper design, new headlamps featuring static bending light, refreshed radiator grille, clear-lens rear lights as well as new graphics. Though these tweaks don't bring any radical change to the exteriors but add a touch of modernity to its overall profile.

On the inside, the cabin remains relatively unchanged. The only inclusion is a new, four-spoke steering wheel. It is the same wheel which has been borrowed from the Mahindra TUV300 and Mahindra TUV300 Plus.

Apart from this, a major change has been brought to its mechanicals since the engine has now been updated to the stricter BS 6 emission norms and the overall power output has gone up from 70 PS to 75 PS. The new Bolero uses a 1.5-litre mHawk75 turbocharged three-cylinder diesel engine which pumps out 75 PS at 3,600 rpm and 210 Nm at 1,600 - 2,200 rpm. It comes teamed-up to a 5-speed gearbox. Apart from this, there's no 4WD system option.

The safety kit of the Bolero BS 6 include features such as dual airbags, high speed alert, driver/co-driver seatbelt reminder, as well as rear parking sensors.