Yamaha YZF-R7 supersport's headlight teased ahead of May 18 debut 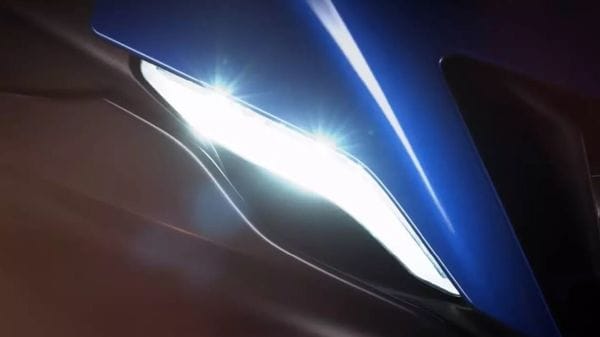 The Yamaha R7 will feature a twin-beam design at the front, something similar to the discontinued YZF-R6.

Yamaha is gearing up to expand its middleweight portfolio with the introduction of a new supersport machine. It is most likely the new YZF-R7. The bike was teased a few days back in a teaser video, and the company has now rolled out another clip informing that the new superport will make its official world debut on May 18th, 2021.

Apart from the reveal date, the most prominent bit of information revealed through the video is a glimpse of its headlamp design featuring LED DRL and an air scoop placed in the middle of the light. Thus the motorcycle will feature a twin-beam design at the front, something similar to the discontinued YZF-R6.

Documents filed with the California Air Resources Board (CARB) in the past hint that the upcoming bike could in fact be named YZF-R7 but confirmed details will only be revealed next week. The new R-series supersport is likely to fill in the gap left by the departure of the YZF-R6.

The leaked documents also hint towards the two different variants which could be announced. These trims may differ from each other in terms of equipment and features set.

While confirmed specification details are scarce at the moment, the new R7 is likely to use MT-07 platform. It could source power from a tuned 689 cc parallel-twin engine, unlike the YZF-R6's inline-four setup. The engine is likely to push out 72.4 bhp of maximum power at 8,750rpm and 67 Nm of peak torque at 6,500rpm. The transmission will be a six-speed setup.

As far as its India launch is concerned, there is no confirmation yet.