The Yamaha YZF-R15 M will be offered with some major design updates inspired from the previously launched YZF-R7 supersport model.
By : HT Auto Desk
| Updated on: 15 Sep 2021, 13:22 PM 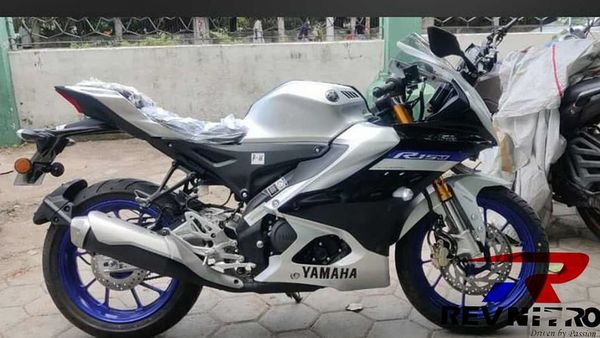 The upcoming Yamaha YZF-R15 M is basically a higher-spec version of the existing R15 V3.0 model on sale in the Indian market.

Yamaha Motor India has announced that it will be launching a new motorcycle on September 21st. While the company has remained tight-lipped upon the name of the upcoming product, but the upcoming bike is most likely going to be the YZF-R15 M.

The bike was also spotted at a dealership a few days back, indicating that the official launch is nearby. Past spy images have revealed most of the details on the upcoming motorcycle.

The YZF-R15 M will be offered with some major design updates inspired by the YZF-R7 supersport model. On the outside, it will receive a completely new single-pod headlamp with LED DRLs at the front. There will also be a muscular fuel tank along with a split-style saddle, fairing-mounted rear-view mirrors, a side-slung exhaust and a sleek taillight.

The motorcycle will use a complete LED lighting package including LED projector headlamp, LED DRL, indicator and tail light. Some other major highlights will include Bluetooth connectivity with Yamaha Y-Connect App that will unlock doors for a number of smart features.

The new YZF-R15 M will make use of golden-dipped USD front fork, unlike the existing bike that gets conventional telescopic front forks. The sports bike will also use single discs on both wheels along with dual-channel ABS.

When launched, expect the bike to be placed above the existing model. Its pricing could start somewhere from around ₹1.30 lakh (ex-showroom). It will continue to rival the likes of other sports bikes in the category including the KTM RC125.