Yamaha FZ-X vs FZ-FI: Key similarities and differences to expect

The upcoming Yamaha FZ-X is likely to be based on the existing FZ-FI motorcycle, thus feature a few similarities with it.
By : HT Auto Desk
| Updated on: 01 May 2021, 06:52 PM 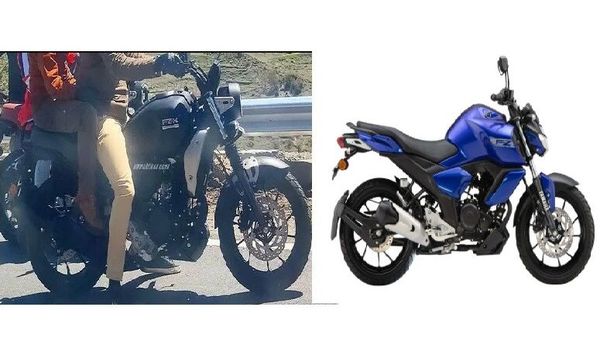 Yamaha Motor India will soon introduce the new FZ-X neo-retro two-wheeler in the market. The same bike was spotted amidst a commercial shoot advertisement a few days back. It is expected to go on sale this summer and will be placed in the beginner (150 cc) motorcycle segment. It is likely to be based on the existing FZ-FI motorcycle, thus feature a few similarities with it.

First things first, both the bike will be completely distinctive in terms of exterior design and appeal. While the FZ-FI is a committed city commuter that promises to offer uncompromised comfort and riding support for short rides, the upcoming FZ-X will attract a different set of customers. Its aggressive, neo-retro stance will appeal to a younger set of customers who want their ride to look a bit distinctive. Elements like a completely round front headlamp with DRLs, raised fuel tank and single tuck and roll seat will make the FZ-X look unique.

While externally both will be completely different in terms of design and looks, mechanically FZ-X is expected to share the same 149cc FZS-FI platform, as suggested by a leaked document. This engine may also deliver the same 12.4 bhp of maximum power at 7,250 rpm and 13.3 Nm of peak torque at 5,500 rpm. Needless to say, the transmission unit is also likely to remain the same five-speed unit.

In terms of equipment and features list, the spy image reveals that the FZ-X will feature a telescopic front suspension unit, backed up by a single monoshock at the rear, just like the FZ-FI. But it is too early to comment if the suspension tuning will be exactly the same as its donor bike or not. Braking too will be done by a similar discs (front and rear) setup.