The upcoming Yamaha bike will be called FZ-X. It will be dimensionally much different in comparison to the present FZ series of bikes.
By : HT Auto Desk
| Updated on: 30 Apr 2021, 06:37 PM 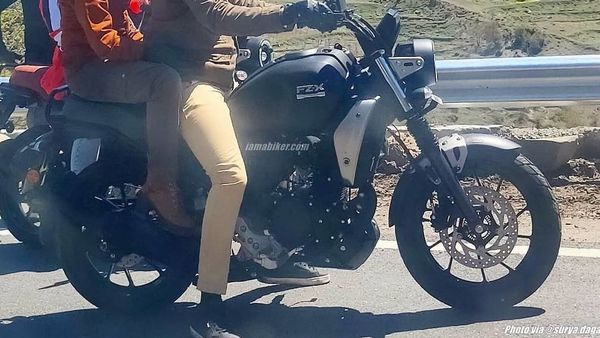 The 2021 Yamaha FZ-X is likely to launch in India this summer. Image Credits: Surya Dagar

Yamaha Motor India is planning to introduce a new motorcycle in the market. A few days back a leaked document revealed that the upcoming Yamaha bike will be called FZ-X and that it will be dimensionally much different than the present FZ bikes. Also, it was spotted in recent spy images that revealed the exterior design of the motorcycle.

Here are the five things to expect from Yamaha's upcoming neo-retro offering.

The bike spawns out from the existing FZS-FI motorbike that means it shares the same basic engine and platform with the sporty commuter. It directly hints at the 149cc FZS-FI platform which will most likely deliver the same 12.4 bhp of maximum power at 7,250 rpm. Expect the transmission option to also remain the same five-speed unit.

The new FZ-X will outgrow its donor model. It is going to measure 2,020mm in length, 785mm in width and 1,115mm in height. For the record, the FZS-FI measures 1,990mm x 780mm x 1,080mm in terms of length, width and height figures. Needless to say, the dimensions are tweaked thanks to the unique bodywork on the motorcycle. The wheelbase, on the other hand, will remain identical at 1,330mm.

The spy image (above) suggests that the bike will feature a natural riding stance. There will be a tall handlebar and mid-placed foot pegs. Also the seating appears to be fairly flat and everything is expected to come together to lend the FZ-X a comfort-oriented riding stance.

Bits like alloy wheels and disc brakes at either end can be easily confirmed from the spy images. What remains to be seen is if it manages to get a fully digital instrument panel and some other feature in order to stand apart.

It is expected to go on sale in India this summer. Expect a price upwards of ₹1.15 lakh (ex-showroom).