Xiaomi-backed Ninebot C30 e-scooter is cheaper than many smartphones

Xiaomi-backed Ninebot recently launched the C-30 e-scooter in China at an introductory price which makes it cheaper than several high-end smartphones.
By : HT Auto Desk
| Updated on: 15 Jul 2020, 04:51 PM 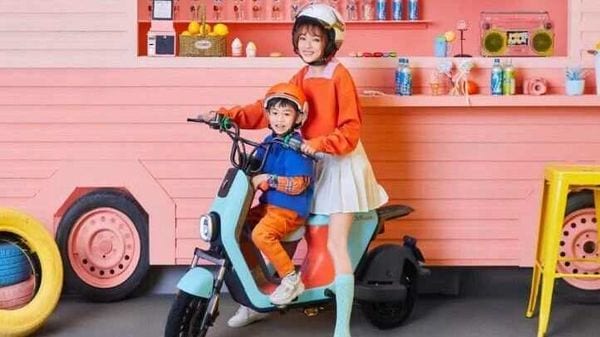 Xiaomi is known for packing several features in its smartphones and offering these at rather affordable prices. It has been a success formula which the Chinese company is looking at replicating in the sphere of electric mobility and its Ninebot C30 promises to be one of the cheapest e-scooters anywhere in the world.

Xiaomi-backed Ninebot recently launched the C-30 e-scooter in China at an introductory price of 2,000 yuan (approximately $428/ ₹22,000). Since the official launch, the price has been taken up to 3,5999 yuan (approximately $510/ ₹39,000). The price point promises to make it an extremely attractive proposition for Chinese customrs at a time when the country's government is looking at subsidizing EVs further.

China is Ninebot's primary market and it enjoys massive success here which has prompted the company to reportedly explore avenues overseas as well. The C-30 could well fit in nicely in the EV space in other countries. And that's not just because of its price point.

In China, the top-speed of the C-30 is limited to 25 kmph due to local laws in place. This ensures that no license is required here to take this e-scooter out. With a range of 35 kilometers, the e-scooter is projected as a perfect city commuting option. The removal battery which weighs around six kilos can be taken indoors for a charge.

The stopping duties on the C-30 are taken care of by a hydraulic disc system while the rear gets drum brakes.

C-30 has seen many takers in China but Ninebot reportedly has plans of taking the e-scooter to the US and Europe as well at a time when city dwellers are increasingly shunning public transit options during Covid-19 times.