Hero MotoCorp's electric vehicle wing Vida had earlier announced that it would introduce its first electric scooter in July this year.
By : HT Auto Desk
| Updated on: 02 Jun 2022, 01:45 PM 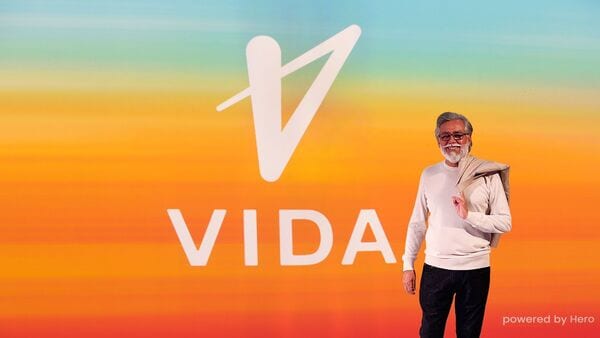 Vida will delay the unveiling of its first electric scooter for India. The electric vehicle arm of India's largest two-wheeler manufacturer Hero MotoCorp has said that the debut of its first EV product for the market, which was earlier scheduled to happen next month, now stands delayed further. In March this year, Hero MotoCorp had announced the arrival of the new EV brand Vida. Pawan Munjal, Chairman and CEO at Hero MotoCorp, had earlier teased the upcoming electric scooter last year in August as part of Hero's 10th-anniversary celebrations.

Vikram Kasbekar, Executive Director at Hero MotoCorp, explained the reason behind the delay of the launch of Vida's first electric scooter in India. He said, “The ongoing geopolitical situation has resulted in enormous supply chain issues and shortage of various components, including semiconductors." The challenge is common across the auto industry everywhere as vehicle manufacturers continue to struggle with supply chain, chip crisis as well as slowdown in countries like India.

Kasbekar also gave a clearer idea about when to expect Vida's upcoming EV for India. He said, "Keeping customers as the top-most priority, we, therefore, feel it would be prudent to unveil the first EV product around the upcoming festive period instead of July as earlier announced."

The new electric scooter will compete with rivals such as TVS iQube, Bajaj Chetak, Ola S1 among others. The two-wheeler manufacturer will roll out its EVs from the Chitoor manufacturing facility located in Andhra Pradesh. Hero will also most likely price the scooter aggressively to match up with its rivals. Expect the scooter to come under ₹one lakh, which could give others like Ola Electric or Ather Energy a run for their money.

Hero MotoCorp had earlier signed an agreement with Taiwanese company Gogoro for battery swapping technology. The company also plans to launch a wide range of premium products. Among them, the company is reportedly working on a battery-powered motorcycle as well.