The only exception was Suzuki Motorcycle as it recorded marginal increase in sales in the same period
By : PTI
| Updated on: 02 Jan 2020, 06:07 PM 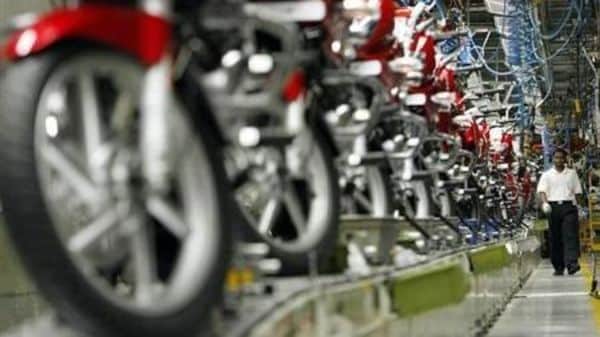 A worker walks beside newly built motorbikes at the Bajaj Auto Ltd. plant in Pune, about 130 km (82 miles) from Mumbai August 9, 2007. REUTERS/Punit Paranjpe/Files

Major two-wheeler makers of the country, Hero MotoCorp, Bajaj Auto and TVS Motor on Thursday reported decline in their domestic sales in December, ending 2019 on a negative note.

Similarly, Bajaj Auto also reported 21 per cent decline in motorcycle sales in domestic market at 1,24,125 units last month as against 1,57,252 units in the year-ago period.

Niche bike maker Royal Enfield posted domestic sales of 48,489 units in December as against 56,026 units in the year-ago month, down 13 per cent.

In terms of exports, Hero MotorCorp said its overseas shipments last month were at 12,836 units as compared to 17,394 units in December 2018.

Likewise, Royal Enfield also posted 14 per cent decline in exports last month at 1,927 units as compared to 2,252 units in December 2018.