The new Suzuki V-Strom SX rivals the likes of other similar ranged adventure models such as the Royal Enfield Himalayan, BMW G 310 GS and the KTM 250 Adventure.
By : HT Auto Desk
| Written By : Prashant Singh
| Updated on: 08 Apr 2022, 11:21 AM 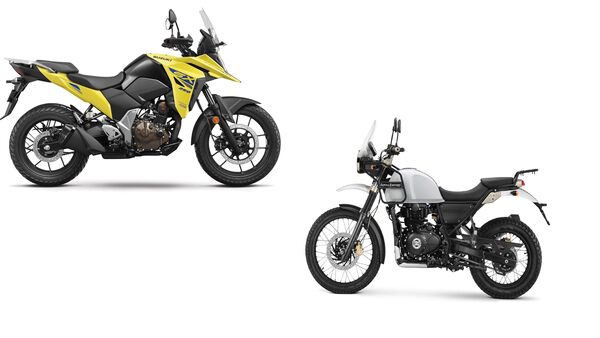 Suzuki Motorcycle India recently announced the launch of the new V-Strom SX 250 in the market. The new two-wheeler uses the same engine and platform as the popular Gixxer 250 range, but sports a range of fresh equipment which certifies it as an adventure touring model. It rivals the likes of other similar ranged adventure models such as the Royal Enfield Himalayan, BMW G 310 GS and the KTM 250 Adventure. In the report below we compare it against the Himalayan to see how both fare against each other in terms of technical specifications.

The Himalayan, however, weighs more at 199 kg (kerb), while the V-Strom weighs only 167 kg, making it easier to ride around.

In terms of features, the V-Strom gets a fully digital instrument console again carried over from the Gixxer series. This screen can also be paired with smartphone via Bluetooth, similarly, the Himalayan also gets a bluetooth enabled semi-digital console which gets company's patent Tripper navigation system.