Rugged G1 and G1+ from ebikeGo benefit from FAME II and state-level subsidies.The Rugged electric scooters have a 160 km range and the batteries may be replaced without the need for the rider to even get off.The electric scooter can be unlocked using a mobile app.
By : HT Auto Desk
| Updated on: 25 Aug 2021, 02:35 PM 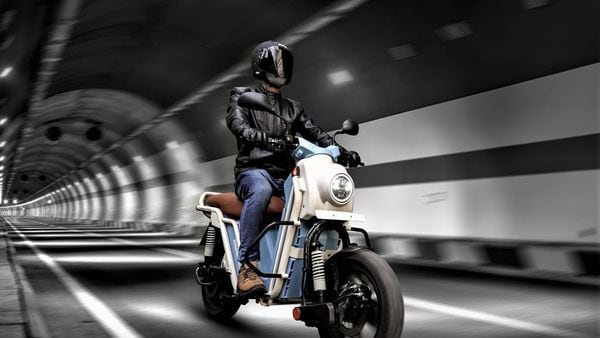 With 12 sensors and a motor that powers it to a top speed of 70kmph, the Rugged electric scooter can be a viable option for city commutes.

eBikeGo on Wednesday launched Rugged electric scooters in the Indian market in two versions - G1 and G1+, with a starting price of ₹79,999. The G1+ has been priced at ₹89,999 and both prices include FAME II subsidies. The prices, however, would go down further once state-level subsidies are brought into play. While it is an attractive price proposition, the Rugged electric scooters are banking on range and performance to further bolster its case in a fast expanding electric scooter market in the country.

Rugged electric scooter boast of two 2 kWh batteries that can be replaced. eBikeGo claims that the batteries can be charged in 3.5 hours and have a range of around 160 kms. There is also a 3kW motor that helps the electric scooter to hit a top speed of 70 kmph. “We are extremely happy to announce the launch of Rugged, India's most sustainable, intelligent, and sturdy electric moto-scooter, after significant study and a three-year wait," said Irfan Khan, Founder of and CEO at eBikeGo.

Rugged electric scooter has a storage capacity of 30 litres and an anti-theft feature claims to ensure safety of the EV when left unattended. Additionally, the Rugged app can be used to remotely unlock the e-scooter and ride it. There are as many as 12 sensors as well. "With 4G, BLE, CAN bus, GPS/IRNSS, 42 inputs/outputs, serial ports, and a comprehensive modular sensor suite, it is the world's most advanced 2W IoT system," states a press release issued by the company.

Designed and manufactured in India, ebikeGo claims that Rugged electric scooter - much like its name - is tough enough to tackle challenging road conditions in the country. The company, to back its claim, is also offering a seven-year warranty on the chassis. The EV will be manufactured in Coimbatore.

Bookings are open for the Rugged electric scooter on the company website for a refundable amount of ₹499.