Riding into sunset: US e-bike maker claims its SR/S motorcycle has 320 kms range 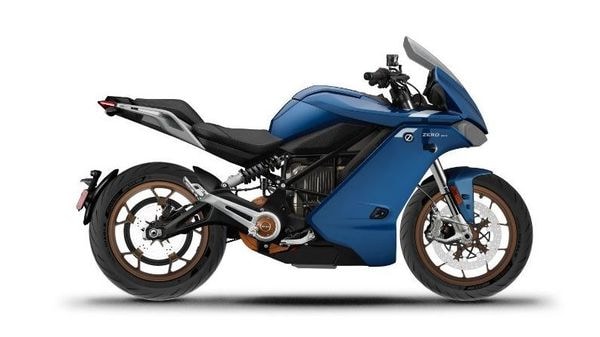 At a time when electric mobility is picking pace around the world, concerns about range of vehicles often act as a speed bump. None of that bump however may be big enough to halt the charge of SR/S, an e-motorcyle from California-based bike maker Zero.

Zero claims that SR/S, its latest offering, can race ahead for 201 miles (320 kilometers) without the need to stop and re-power itself. As far as range on electric motorcycles go, that is a substantial number by quite a distance. How SR/S manages to last the distance on a single charge is mainly thanks to an optional 'Power Tank' that adds to the range of the motorcycle. It is reported that even without the range-extending backup, the SR/S can run for a commendable 161 miles (259 kilometers).

Quite obviously, the range comes down when the SR/S is being pushed to its limits but on cruise and while coasting, the range - made possible by a 14.4 kWh battery - is quite respectable. What is also respectable is that when the SR/S does run out of power, it can be charged to 95% in two hours using regular charging outlets. Slash that time by an hour when a 6 kW charger is used.

What also works in favour of the SR/S is its sleek looks and features such as traction control, trip info on an integrated display screen and regenerative braking. It has a top speed of 124 mph (200 kmph)