Ola to launch its electric scooter in July in India 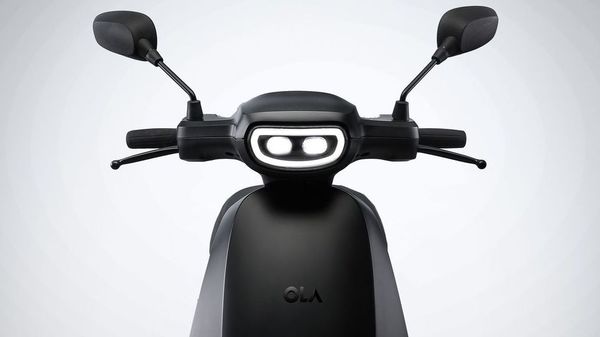 Ola's upcoming e-scooter will come based on Etergo’s Appscooter, a Netherlands-based company that was acquired by Ola previously. The scooter will have a claimed range of 240 km and is said to feature a removable battery set up.

Ola Electric on Thursday said it will bring its electric scooter to the Indian market in July this year, and is working on setting up a 'Hypercharger Network' to include one lakh charging points across 400 cities.

Last year, Ola had announced a ₹2,400 crore investment for setting up its first electric scooter factory in Tamil Nadu. Upon completion, the factory will create nearly 10,000 jobs and will be the world's largest scooter manufacturing facility that will initially have an annual capacity of 2 million units.

"We will put out the factory by June, which will have the capacity to manufacture 2 million units and then we'll ramp up - over the next 12 months - after the factory is set up...the sale will also start at the same time, so factory gets completed in June, sale starts in July," Ola Chairman and Group CEO Bhavish Aggarwal said.

The launch of the electric scooter is in line with Ola's global vision of moving mobility into a more sustainable, accessible and connected future.

The company is yet to disclose details like pricing of the e-scooter.

"To get adoption of electric vehicles, a strong charging network is required. Today, one of the key infrastructure gaps in our country is charging network...(Our) Hypercharger Network will be the largest fast charging network for two-wheelers...(across) 400 cities and towns and we will be building more than 1,00,000 charging points as part of this network," he said.

In the first year, Ola is setting up over 5,000 charging points across 100 cities in India.

The network will charge 50 per cent of the Ola Scooter battery in 18 minutes for a 75 kms range.

These charging stations will be deployed as stand alone towers as well as in popular locations such as malls, IT parks, office complexes and cafes to ensure that Ola Electric customers always have a charging point nearby.

The Ola Hypercharger network is being built by Ola along with partners. Customers will be able to monitor the charging progress in real time on the Ola Electric app, and seamlessly pay for the charging through the app as well.

The Ola Scooter will include a home charger that will require no installation and will allow customers to charge their vehicle at home by plugging into a regular wall socket for charging.

Asked about the impact of COVID pandemic, Aggarwal said there hasn't been any major disruption as of now.

"As the next few weeks evolve, things might change but as of now we have, we are not foreseeing any major disruption in our rollout of the charging network or the factory," he said adding that the company has been able to manage supply constraints better as it is building some components on its own.

While Aggarwal did not comment on the investment being made for setting up the charging infrastructure, he said it will be investing "a significant amount ourselves and with our partners".

On the cab aggregation business, Aggarwal said the mobility business has had a good recovery.

"...Obviously the second wave has come and we are managing through that. But our international businesses are doing well in the Commonwealth countries, those countries have recovered well. Other businesses financial services businesses are also growing very well.

“We are one of the leaders in micro insurance, micro lending etc, that's growing well. So we are also very gung-ho about our consumer internet businesses," he added.