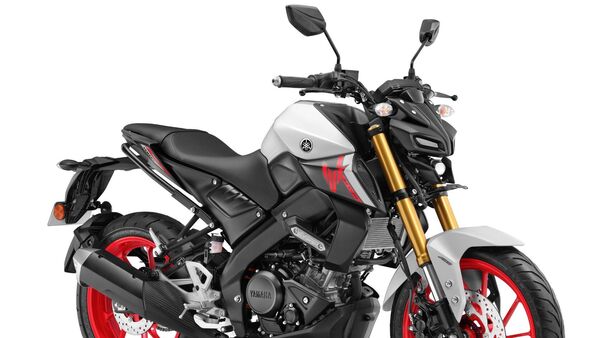 The Version 2.0 of MT-15 features an inverted front fork with 37mm inner tubes and an aluminium swingarm, making for an improved stability in corners and under hard braking. It gets a newly designed, fully digital LCD cluster that displays a customizable animated text, calls, e-mails and SMS alerts along with smartphone battery status through the Bluetooth-enabled Y-Connect app.

The naked streetfighter gets a fresh colour palette with two new additions - Cyan Storm and Racing Blue. It continues to come in Ice Fluo-Vermillion and Metallic Black, coupled with an edgier set of graphics. The motorbike continues to feature a bi-functional LED headlight with LED Position Lights, high-raised LED Tail-light, and side stand with Engine Cut-off Switch.

The Yamaha MT-15 Version 2.0 weighs just 139 kgs and features the company's patented Delta Box frame, giving it better handling capabilities. The bike sources power from a liquid-cooled, 4-stroke, SOHC, 4-valve, 155cc fuel-injected engine with Variable Valve Actuation (VVA) system while transmission duties are performed by a six-speed gearbox that is mated with an Assist and Slip clutch for lighter actuation. The engine produces 18.4PS of peak power at 10,000 rpm, and 14.1Nm of peak torque at 7,500rpm. The Yamaha Anniversary Edition model shares all its features and specs with the standard YZF-R15M and takes inspiration from the World GP YZR-M1. The bike gets an iconic white and red ‘speed block’ colour scheme combined with gold alloy wheels, factory race-bike gold Tuning Fork emblems, black levers and special commemorative badging on the fuel tank.

The bike comes as a reminder of Yamaha’s first-ever Grand Prix race and marks the company’s association with the premier series of motorcycle road racing since 1961.

The motorbike sources power from a 155cc, 4-stroke, liquid-cooled, SOHC, 4-valve engine that produces maximum power of 18.4 PS at 10,000rpm, with a torque output of 14.2 Nm at 7,500rpm. The fuel-injected motor with Variable Valve Actuation (VVA) is mated to a 6-speed gearbox.