Following its international debut, expect the new Triumph Speed Triple RR to hit the Indian shores sometime in 2022. The Speed Triple 1200 RR will not be a fully-faired supersport, but a semi-faired sportbike.
By : HT Auto Desk
| Updated on: 11 Sep 2021, 01:25 PM 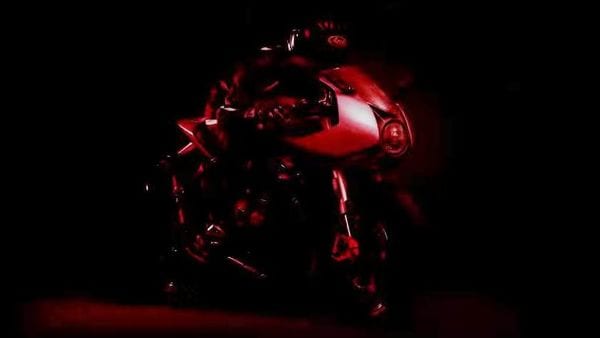 The new teaser clears air on the exterior design of the bike.

Triumph Motorcycles has launched a new teaser of its upcoming semi-faired Speed Triple 1200 RR. The first initial glimpse of the new motorcycle was rolled out a few weeks back. The latest teaser throws light on the exteriors of the bike, giving a better idea of what the upcoming offering could appear like.

The new teaser clears air on the exterior design of the bike, it is now certain that the Speed Triple 1200 RR will not be a fully-faired supersport, but a semi-faired sportbike.

The clip-on handlebars on the motorcycle will not be placed very aggressively but will be mid-set for a not too leaned forward position of the rider. The new teaser provides a clearer view of the bike's sharp fairing and classic-looking round headlight. The design details surfaced by the new teaser hint that the bike will receive a retro touch.

The motorcycle could utilise the new 1,160cc three-cylinder engine platform that has been rated to develop 180 PS of maximum power. The bike is likely to feature the Brembo brakes and Ohlins suspension which is also found on the existing naked version of the motorcycle.

Chances are that the motorcycle could also be blessed with an electronically adjustable suspension but it is too early to comment on the same.

The motorcycle will be officially revealed on September 14 and is also likely to make its way to the Indian market sometime around 2022.