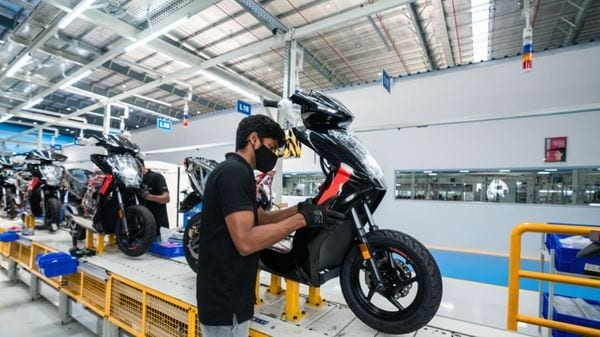 Under the revised rule for availing incentives for electric two-wheelers come with a maximum cap of 40% of the vehicle cost.

(Also Read: Fastest Dodge ever would be an EV, will take on Tesla Model S Plaid: Report)

Currently, the electric two-wheelers come much expensive compared to their internal combustion engine powered counterparts. This results in many interested customers ultimately shying away from buying EVs. The price parity between the conventional fuel and electric powered vehicles has been a long discussed issue.

As ICRA said in a statement, a 50% increase in demand incentive in form of higher subsidy will significantly reduce the upfront price gap between an electric two-wheler and an internal combustion engine (ICE)-powered model. This is expected to increase the demand for electric two-wheelers.

Shamsher Dewan, ICRA Vice-President and Group Head, said that estimates suggests the initial cost of ownership for high-speed electric two-wheelers will incrementally reduce by a minimum 10-12% and result in a lower payback period. "The payback period was estimated to be four years (in terms of the total cost of ownership), which now stands reduced to three years," he also added.

ICRA recently estimated that electric two-wheelers are likely to achieve 8-10% penetration in new vehicle registrations by 2024-25. However, the increased demand incentives could drive the penetration level higher.