As per Ultraviolette, its new plant will provide job opportunities to local communities within the region of Bangalore.Ultraviolette will commence the production of the first batch of its F77 battery-power sports bike in the first quarter of 2022.
By : HT Auto Desk
| Updated on: 08 Sep 2021, 18:59 PM 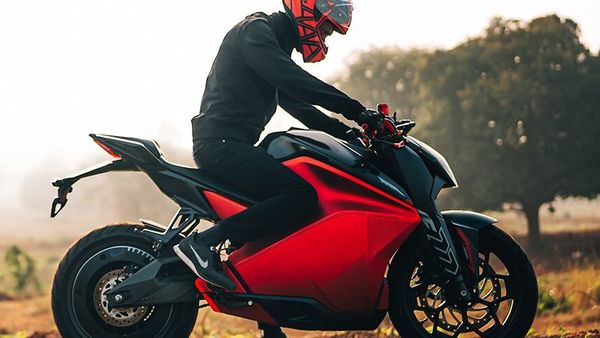 Ultraviolette on Wednesday announced that it is in process of setting up its new manufacturing and assembling plant in Electronics City of Bangalore. The high performance EV maker announced that it will commence the production of the first batch of its F77 battery-powered sports bike in the first quarter of 2022. The company added that the first batch of the bike will be rolled out in the market in March next year.

Apart from announcing the market plans for its first product - F77, the company revealed that its new Bangalore located manufacturing facility will be spread over 70,000 square feet. The plant will be capable of churning out 15,000 EVs in the first year, and the following years will see the annual capacity ramping up to 1.2 lakh units.

The company said that its new plant will provide job opportunities to local communities within the region. It will train more than 500 employees on assembly and manufacturing of EVs in the span of next 5 years.

The company announced the plans of its F77 motorcycle about 2 years back. The bike was also set on display at the Auto Expo previously. The EV maker says that the announcement of its new plant is a huge feat for the company. “This is an important milestone for us in our journey towards building a superior EV experience for India and International markets. We chose this location given its strategic proximity to our R&D facility in Bengaluru as well as a strong supply-chain ecosystem in and around the region, " said Narayan Subramaniam, Founder and CEO, Ultraviolette.

“We have received an overwhelming response for the F77 and this facility will help us cater to that demand over the next few years. Most importantly, the F77 has been designed and built indigenously and over 90% of the vehicle including the battery packs, will be manufactured using locally sourced components," added Subramaniam.