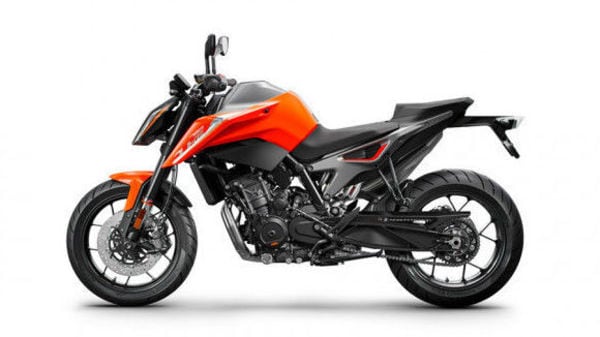 KTM launched the 790 Duke a.k.a Scalpel in India last year at ₹8.64 lakh (ex-showroom, Delhi). Its pricing was kept on a higher side, while the fans were hoping for something under ₹8 lakh. The motorcycle was brought to the market via CKD route which forced the company to keep the prices on the upper limit.

The motorcycle was launched in the BS 4 configuration, while knowing that the company will have to clear out all the current stocks before April 1, 2020, which is the deadline for the BS 6 emission norms.

Now, only a few days remain for the latest emission norms to come into action and some of the KTM dealerships around the country are trying to clear off the current stocks. For the record, the Austrain automaker originally imported 100 units of the BS 4 compliant 790 Duke last year.

Seeing the approaching deadline, several KTM dealerships around the country are offering huge discounts on the unsold inventory of the 790 Duke. The Delhi dealers we have contacted are selling out the bike on an average discount ranging from ₹1.2 lakh to ₹1.4 lakh on ex-showroom price.

This means that the bike is currently being sold at a price tag hovering around ₹7.20 lakh to ₹7.40 lakh (ex-showroom, Delhi). At this price, the 790 Duke offers incredible value for money since it is now much cheaper than all of its rivals including the Kawasaki Z900 and the Honda CBR 650R, both retail at ₹7.70 lakh (ex-showroom). To broaden the picture, Kawasaki launched the Ninja 650R BS 6 a few days back, which stands in a price bracket of ₹6.45 lakh to ₹6.75 lakh (ex-showroom).

Some KTM dealerships in southern India are also claimed to be offering a greater discounted price of ₹5.99 lakh (ex-showroom), but the reports are yet to be verified.

The 790 Duke sources power for a 799 cc, parallel-twin engine which is good enough to churn out 105 PS of maximum power and 86 Nm of peak torque. It comes loaded with a 43mm, non-adjustable USD front fork and a pre-load monoshock (WP) at the rear. Some of its major features include a full-TFT display, Bosch Cornering ABS with a Supermoto mode, lean-angle-dependant traction control, launch control, a bi-directional quickshifter and four riding modes.