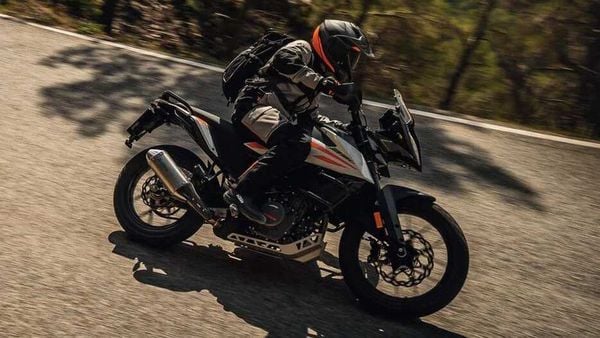 The new additional spoke wheels will finally complete the already capable package of the KTM 390 Adventure.

KTM will soon launch a wheel conversion kit for its popular 390 Adventure motorcycle. The ADV currently comes with alloy wheels and off-road enthusiasts have raised disappointment about the missing spoke wheels from the package.

The upcoming wheel conversion kit has been updated under the company's Powerparts Catalogue on the official site along with other accessories. The new kit is yet to go on sale in India but the pricing is expected to be announced soon.

The new additional spoke wheels will finally complete the already capable package of the ADV. The firm claims that the new wired spokes are specially designed to tackle challenges faced during off-road riding.

KTM's mini ADV is brim to the teeth with electronics and features that are ahead of its segment. To name a few, it gets off-road/switchable ABS at the rear wheel, traction control, cornering ABS and also a quickshifter which is generally associated with sportbikes.

The motorcycle sources power from a 373 cc single-cylinder liquid-cooled engine that is also found on the KTM 390 Duke and KTM RC 390 motorcycles. There is no direct competition to the 390 Adventure in the Indian market but it does share space with bikes such as Kawasaki Versys-X 300 and the BMW G 310 GS.

Recently, the Austrian automaker has also launched the 390 Adventure based smaller ADV - 250 Adventure. Both the bikes share similar body panels, looks and equipment. The same spoke wheels package may also be available for the quarter-litre counterpart in the days to come. The 250 Adventure has been priced at ₹1.50 lakh (ex-showroom).