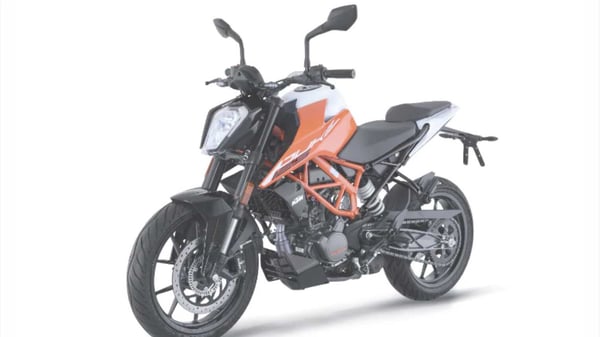 KTM has launched the 125 Duke bike, its latest entry level offering in the KTM Duke series. The 2021 upgraded model was launched at an introductory price of ₹1.50 lakh, slightly more expensive than its outgoing predecessor.

The premium bike manufacturer issued a press release saying that the 2021 KTM 125 Duke has received several enhancements, like new styling and suspension, to ‘keep it at the top of its game’.

The new KTM 125 Duke can produce 14.5 PS of power and maximum torque of 12 Nm. The new KTM Duke entry-level model gets a 125cc liquid-cooled fuel-injected engine that combines an instantaneous power delivery and quick response.

The KTM 125 Duke will be available in two colours (Electronic Orange and Ceramic White) which have in a way become signature tone for KTM bikes in India. The bike also gets superior ergonomics, updated suspension setup, and a larger fuel tank with 13.5-litre capacity.

Sumeet Narang, president (Probiking) at Bajaj Auto, said, “Spawned from the 1290 beast itself and packed full of Duke attitude, the KTM 125 Duke exudes qualities never seen in this category before. The ultra-lightweight trellis frame and sub-frame provide razor-sharp control, and the new styling is an absolute head turner. The launch of KTM 125 Duke in late 2018 had been a point of inflexion for KTM’s stronghold amongst the young biking enthusiasts in India. Upgrading that model with this new all capable entry-level KTM is another testimony of the brand’s commitment to bringing pure performance to its valued customers."

KTM had entered the premium bike segment in India back in 2012. In 2018, the two-wheeler manufacturer had launched KTM 125 Duke in India for the first time at a price of ₹1.18 lakh.