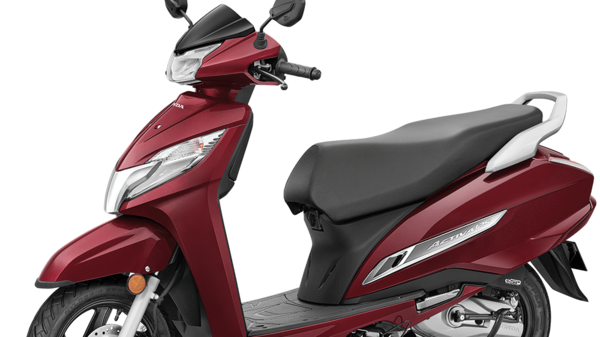 Honda Motorcycle & Scooter India (HMSI) on Wednesday said that it has crossed the cumulative exports milestone of 30 lakh units in its 21st year of operations in the country. HMSI started exporting its motorcycles and scooters in 2001 with its debut model Activa. HMSI also claimed that it crossed the first 15 lakh units exports milestone in 2016 and doubled the number in the last five years.

(Also Read: Oben Rorr electric motorcycle launched: What is the price in your state?)

The Indian subsidiary of the Japanese automobile giant last year started its global engine production line at Vithalpur plant in Gujarat. With this, it has further strengthened the company's export capabilities, claimed HMSI Managing Director, President and CEO Atsushi Ogata in a statement.

Ogata also said that the milestone of exporting 30 lakh units of motorcycles and scooters from India is a shining testimony to the company's effort to expand its footprint.

"As we make further inroads into developed markets, our reinstated focus on exports expansion takes HMSI one step closer to become a 'Manufacturing Hub for the World'," Ogata further added.

Last year, HMSI had established a new overseas business expansion vertical and also expanded its global exports footprint to developed markets like the United States, Japan and Europe among others. The two-wheeler giant claims that it currently exports its motorcycles and scooters to 29 countries with a portfolio that comprises 18 different two-wheeler models. Also, the Hona Dio is the most exported model from the brand, claimed HMSI in a statement.

In India, HMSI is the second bestselling two-wheeler brand, positioned after the homegrown company and its erstwhile business partner Hero MotoCorp. The Hero MotoCorp leads the motorcycle segment in the domestic market with its Splendor series, while HMSI leads the scooter segment with a long-standing Activa range.